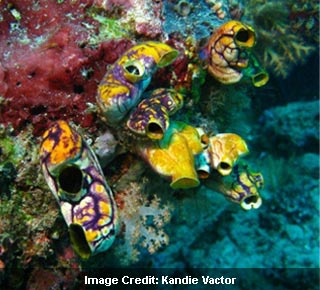 A recent study appeared to widen the scope of cancer treatment with certain anti-cancer agents. Now, a set of scientists from University of Arizona’s department of molecular and cellular biology, have unearthed unique structures used by cancer cells to intrude tissues that also have the capacity to forgo shielding systems targeted at striking them off.

While observing the embryos of sea squirt Ciona intestinalis, the researchers stumbled upon delicate structures called invadopodia. Future heart cells use the latter to gauge ambient signs. These development variables enable cells to locate the factors in the growing embryo and that they are supposed to eventually turn into. The findings disclose that this role of invadopodia could be implicated in cancer cells, too. The latter apparently brings together such signaling molecules which assure their living.

“These are special invasive protrusions and they are seen only in rare cell types and cancer cells. We are the first to see them in the developing Ciona embryo, and we certainly didn’t expect to see them in that context. In Ciona, the cells that are making these special kinds of arms do not use them for invasion. Those cells behave very differently from cancer cells,” commented Bradley Davidson , member of UA’s Arizona Cancer Center.

The process of formation of invadopodia is similar to building a tent. They tend to push a region of their firm, internalized folded structures into a part of the cell that encloses its complete body. This causes the structure to protrude outward. These being extremely delicate, they are apparently not seen as individual samples and are surprisingly common too. It has been known by many scientists that cancer cells use invadopodia to invade tissues which play the role of keeping a tab on the cells and ensuring they are present at their allotted places.

Most cells seem to be unable to cross these epithelial barriers and many of them break through the walls by physical pushing too. This causes the wall to be totally disrupted but a cancer cell’s invadopodia releases proteins that can make up for these breaks. The researchers uncovered that cells in Ciona put their invadopodia to use in a unique way.

They found that the cells in Ciona did not seem to use their invadopodia to enter tissues, unlike cancer cells. They gobble up an adjacent cell, but then push it outwards. They never push through it. This made the scientists wonder the reason for their action. It came to light that they might use the protrusion for some alternate activity. It was then revealed that cells involved in the formation of invadopodia responded much higher to growth factor signaling than other cells. This put forth that invadopodia serve the purpose of an antenna to gauge signals that guide the cell to become a heart progenitor cell.

This brought the scientists to another unanswered question that do cancer cells also use their invadopodia in the same way. When tumor begins to build on cells, they take on a hazardous path on their own. Cancer supposedly develops if a cell is capable of accumulating cancerous mutations that cause to free itslf from these restricting mechanisms. This seems to develop even in the absence of growth factors or it then leaves its original tissue and intrudes other tissues.

According to Davidson, these findings about cancer may alter the way individuals think of cancer. The outcome basically discloses that rather than starting off with the cluster of cancer cells which is the tumor, small groups of cells attain the capability to metastasize by using their invodopodia to accelerate their survival signaling. The scientists believe that this kind of cancer progenitor cell would not be easy to identify since the tumor has still not been formed.

There are specific proteins or components that enable the cell to use its intrusion as an antenna. If the scientists are able to locate these components, then they could apparently be used as targets for therapies. This procedure appears to be very typical of a cancer cell and most normal cells would never face the need to engage in this system of action. Therefore scientists now hope to target such cells at an initial stage itself before they are lead to formation of tumors, which does not impair other cells.

The research is published in the journal Nature Cell Biology.