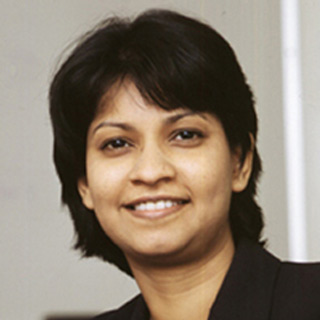 This news may provide useful insights on cancer cell behavior. Well, a study from the University of Notre Dame led by Crislyn D’Souza throws light on the molecular basis by which tumor cells supposedly alter their environment to support cancer progression.

The study explains the mechanisms caught up in the discharge of microvesicles which are apparently minute membrane enclosed sacs from tumor cells that enable formation of routes of least resistance by letting tumor cells to migrate. The study claims to provide fresh insight into how tumor cells invade their surrounding environment and may eventually lead to improved methods for measuring the progression of cancers.

The study recognizes a rare population of microvesicles that are apparently developed in proteases-mediators of tissue degradation. The discharge of these microvesicles could offer a method of tissue breakdown and modifies at far-away places. Also it is apparently different from the better-characterized mechanisms caught up in tissue degradation adjoining to the leading edge of tumor cells. This was observed by Crislyn D’Souza.

The new study illustrates that microvesicle shedding could need limited tightening of the cell’s cytoskeleton at places of microvesicle discharge and apparently recognizes a few chief monitors concerned in the procedure. One of these vital determinants is said to be the protein ARF6. Understanding the function of the ARF6 protein in cancer progression has supposedly been a longstanding curiosity of the D’Souza-Schorey laboratory. Previous studies from the laboratory via cell and animal tumor models had apparently recognized a function of ARF6 in tumor cell invasion.

D’Souza-Schorey commented, “We now have better insight into the molecular basis by which ARF6 facilitates this process. Blocking ARF6 activity inhibits microvesicle release and significantly attenuates tumor invasion into surrounding environments. Although our investigations have utilized melanoma and breast tumor cell lines, microvesicle release has been observed in a variety of tumors making this study broadly applicable.”

D’Souza-Schorey mentioned, “Studies have shown that once shed, microvesicles can be detected in biological fluids such as blood, urine and ascites and therefore could potentially serve as prognostic and predictive biomarkers for disease progression. A blood test to monitor the progression of cancer or effectiveness of therapy would be of immense benefit.”

Microvesicles resulting from tumor cells supposedly also comprise of other biologically active molecules like oncogenic receptors and molecules that let avoidance of the immune response. The experts have now demonstrated that definite tumor cell components could be selectively targeted to microvesicles, which then performs as specific units that may correspond with or adapt the adjacent surroundings.

This study was published in an online edition of the journal Current Biology.