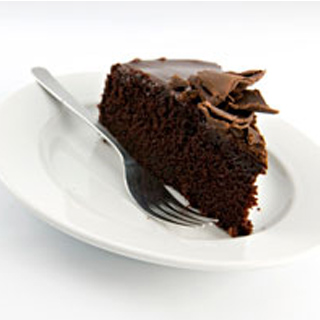 Anti-obesity drugs employed by quite a few overweight individuals may alter the way the brain responds to appetizing, high-calorie foods. Scientists from the University of Cambridge claim that the anti-obesity drug sibutramine decreases brain responses in the hypothalamus and the amygdala. These regions of the brain are known to be vital for controlling appetite and eating behavior.

Though some present day drugs are capable of effectively helping patients in decreasing weight, brain imaging and psychological tests are unable to distinguish medications that are more likely to work. Obese volunteers were made to view pictures of appetizing high-calorie foods such as chocolate cake or low-calorie foods namely broccoli. With the help of fMRI, brain activity of the participants was measured. Brain scanning was conducted after two weeks of treatment with the anti-obesity drug, sibutramine, and two weeks of placebo treatment.

“Our results help us to understand more precisely how anti-obesity drugs work in the brain to change eating behaviour and hence, ultimately, to assist people in losing weight. The most exciting aspect of these results is that they help us to see that brain and behaviour are fundamental to understanding and treating obesity. Simply because obesity involves major changes in body weight and body composition, it is easy to imagine that it is entirely ‘a body problem’. These results remind us that the major cause of obesity in the West is over-eating, and this behaviour is regulated by reward and satiety processing circuits in the brain,” quoted Professor Ed Bullmore, from the Department of Psychiatry at the University of Cambridge and director of the GlaxoSmithKline (GSK) Clinical Unit in Cambridge (CUC).

While on placebo it appeared that simply seeing pictures of appetizing foods leads to greater activation of various regions within the brain. These areas are probably crucial for reward processing. Among volunteers consuming sibutramine, reduced brain responses were seemingly revealed to the appetizing foods in two regions of the brain known as the hypothalamus and the amygdala. Investigators observed that those reporting decline in brain activation favor eating less and losing more weight.

The study was published in The Journal of Neuroscience.