There are several studies that have on and off proved the ills of smoking. And here’s one more. 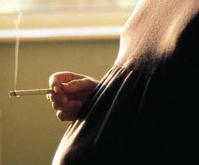 A new study conducted by U.S. researchers has revealed that women who smoke during early pregnancy are more likely to have babies suffering from congenital heart defects.

The U.S. researchers studied 566 infants with a congenital heart defect (CHD) and 491 infants without a CHD, along with their parents.

They concluded that women who smoked from some point in the month before conception through to the end of their first trimester were 60 percent more likely to have babies with a CHD. This increased risk was still evident even if women took prenatal vitamins and limited their alcohol intake, and occurred regardless of age or race.

The study further fund that exposure to secondhand smoke in early pregnancy also increased the risk of CHD.

Study author Sadia Malik, an assistant professor of pediatrics at the University of Arkansas for Medical Sciences in Little Rock, explained in a prepared statement, “The heart’s basic structures develop very early in pregnancy, before many women realize they are pregnant,”

“Thus, even if a woman quits smoking at six weeks or later, her fetus will still have been exposed to the harmful effects of cigarette smoking during cardiac development,” Malik continued.

The findings were to be presented Tuesday at the American Heart Association’s annual meeting, in Chicago.

Stats reveal that every year in the U.S., about 36,000 babies are born with a heart defect, which can range from holes between the chambers of the heart to the absence of one or more heart chambers or valves.