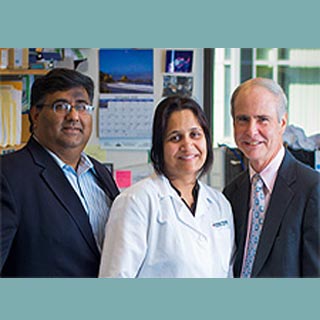 Multiple myeloma is said to be a cancer of the white blood cells which apparently produces antibodies. Multiple myeloma cancer cells apparently obstruct several of the drugs used against them by causing close by cells to turn traitor, changing their function from defending the body against disease to protecting the myeloma cells from harm. This was claimed by a new research conducted at the Dana-Farber Cancer Institute.

The researchers discovered that immune-system cells called as plasmacytoid dendritic cells (pDCs) basically take on a new identity in the presence of myeloma. It apparently encourages the growth and survival of malignant myeloma cells. It supposedly assists them in fending off drugs, and is said to reduce the overall power of the immune system.

Researchers established that compounds that land on definite sites on pDCs could reinstate the cells’ initial disease-fighting nature and may eliminate a trigger of myeloma cell growth.

“Our study found an unusually large number of pDCs in the bone marrow of multiple myeloma patients. pDCs are known to be immune system ‘effector’ cells — the first responders of the body’s attack on disease. But why are they present in such abundance in myeloma patients’ marrow,” commented Dharminder Chauhan, JD, PhD, of Dana-Farber, who co-led the study with Ajita Singh, PhD.

About 15,000 Americans a year get detected with this disease. But supposedly it accounts for just around 2 percent of cancer-related deaths. In terms of mortality, it is said to be the fourth fastest-growing cancer. It is believed to be the one of the top 10 causes of death in African-Americans.

The capability of the disease to resist even the latest drugs has apparently provoked scientists to examine more strongly the basic biology of the disease, predominantly the communications between myeloma cells and their cellular neighbors.

In the present research, Chauhan and his colleagues zeroed in on those communications in experiments involving laboratory-grown samples of myeloma cells and animals with the disease. They discovered that when pDCs fastens onto myeloma cells, a joint discharge of proteins may impact both sets of cells.

In myeloma cells, these proteins may cause a gush of growth. The cells apparently dump their function as immune system sentinels and supposedly turn out to be the defenders of myeloma cells.

Investigators are not sure as to how the alteration takes place, but they suppose the proteins may cause a different set of genes to be generated in the pDCs.

It may seem likely to rouse errant pDCs to their correct responsibility. Researchers discovered that when compounds known as CpG ODNs (cytosine phosphate guanine oligodeoxynucleotides) fasten to key receptors on the surface of pDCs, the cells apparently recommence their usual immune system function and discontinue spurring myeloma cell growth.

A few CpG ODNs are already in clinical trials for other forms of cancer, and Chauhan and his colleagues anticipate in starting trials of the compounds in myeloma patients shortly.

This research was published in the October issue of Cancer Cell.