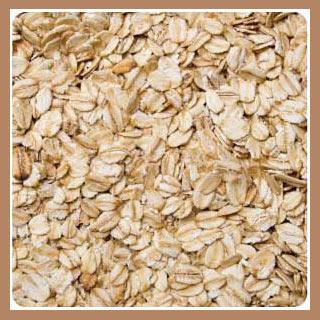 Oats may be loaded with a wide range of health benefits. Already known to be high in fiber content, oats also appear as a good source of calcium, potassium and magnesium. Experts from the University of Aberdeen’s Medical School and Rowett Institute of Nutrition and Health claim that eating three portions of whole-grain foods, like wholemeal bread or porridge every day can decline blood pressure and drop chances of developing cardiovascular disease.

The study was triggered on more than 200 volunteers who were served with whole-grain foods thrice a day. The foods were either wheat, or a mixture of both wheat and oats. These whole-grain diets were then compared with foods containing the same amounts of refined cereals and white bread. The products used throughout the investigation are widely available in supermarkets hence, no need for changes to the usual lifestyle appeared. Other than the whole-grain and the equivalent refined cereal foods, investigators also encouraged study subjects to include their normal food choices in the diet.

On completion of the study, a reduction in systolic blood pressure of 5-6 mm Hg was registered in participants consuming whole-grain foods. Dr. Frank Thies, Senior Lecturer at The Rowett Institute of Nutrition and Health University of Aberdeen, lead author, and colleagues predict that this decrease in systolic blood pressure can drop down the incidence of heart attack and stroke disease by at least 15 and 25 percent respectively. It was concluded that depending on whole-grain diets can possibly help reduce cardiovascular events.

The study was published in the American Journal of Clinical Nutrition.