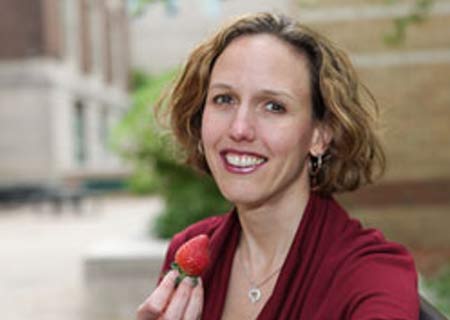 We may buy some berries the next time we see a vendor selling them, if this report is what we intend to believe. A team from the Brigham and Women’s Hospital (BWH) has revealed that berries could help keep the brain sharp during old age.

Again like we see in every nutrition-based study, flavonoids come into play here. Considering that older women may experience memory decline as their days pass by, consuming blueberries or strawberries could help, say the scientists. Reported in the journal ‘Annals of Neurology,’ a study constituting approximately 16,010 individuals aged above 70 was conducted. The results showed that those who consumed blueberries or strawberries seemingly experienced slower memory loss than the controls.

“We provide the first epidemiologic evidence that berries appear to slow progression of memory decline in elderly women. Our findings have significant public health implications as increasing berry intake is a fairly simple dietary modification to reduce memory decline in older adults,” commented Elizabeth Devore, a researcher in the Channing Laboratory at BWH, who is the lead author on this study.

Cumulatively, flavonoids and anthocyanidins appeared to bring out this effect. As seen in the trial, those who ate more berries apparently delayed their memory decline by nearly 2.5 years. Consuming about 2 to 3 helpings of berries every week also aided in impeding memory decline, though the effect was moderate.

We recently saw a study putting forth berries’ potential of treating Parkinson’s disease. This study again shows how these tasty blueberries and strawberries may have various health benefits too.