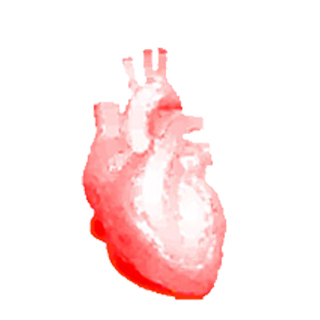 When following an intense event, if a person says that their heart has been broken, you may want to literally believe that person! Now, a latest research has stated that the “broken heart syndrome” could turn out to be fatal for some people. They have highlighted the characteristics and end result of this mysterious condition, also called the Takutsubo cardiomyopathy. This breakthrough research was conducted by The Miriam Hospital and Rhode Island Hospital.

This is a condition whose symptoms are said to be very similar to the symptoms of a heart attack. Such symptoms are said to mainly take place after the occurrence of a stressful emotional and physical event. Although the precise mechanism of this condition is not yet clear, it is believed that such symptoms may arise from the way the heart reacts to stress hormones like adrenaline, which further results in a part of the heart to temporarily get fragile.

The researchers analyzed this condition in about 70 patients. It was stated that most of these patients had undergone a difficult event prior to visiting the hospital with symptoms very similar to a heart attack. It was found that while a small portion of these patients needed an emergency treatment to survive, all the patients recovered completely within the next two days.

Lead researcher, Richard Regnante, MD, interventional cardiology fellow, The Miriam Hospital, says that, “It can be difficult for cardiologists and emergency room physicians to diagnose and manage patients with broken heart syndrome. However, this data will helps us better understand the disease process and could play a major role in developing and tailoring more effective short and long-term treatment strategies.”

This condition is believed to be reversible and temporary. During a follow-up of these patients, it was discovered that other than two of the patients who again experienced the broken heart syndrome, the remaining patients did not experience cardiac problems. From the knowledge about this condition that has so far been accumulated, it is believed to be a condition which is rarely fatal.

Another interesting revelation was made by these researchers. They have stated that this condition mainly seems to take place during the seasonal months of summer and spring. This is said to occur at the exact opposite time when heart attack cases seem to increase, i.e. during the winter season. More research is said to have been conducted with the aim of better understanding this relatively rare condition.

Their findings are published in the American Journal of Cardiology.