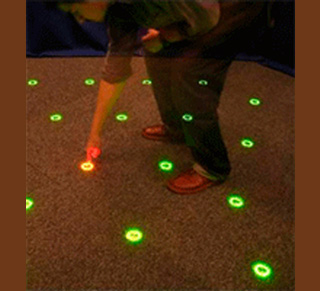 Previous investigations claim that children with autism have outstanding visual search skills. But if this piece of information is to be believed then, its not true. According to a recent study triggered by the University of Bristol, ability to perform visual skills such as finding shoes in the bedroom, apples in a supermarket or a favorite animal at the zoo may be impaired among autistic kids. It is known that visual skills are extremely essential for achieving independence in adulthood.

At the time of the study, 20 autistic children along with 20 typical kids of the same age and ability were subjected to a unique test room. Volunteers had to press buttons on the floor to find a hidden target among multiple illuminated locations. These targets were more on one side of the room than the other. Children suffering from autism appear more sensitive to regularities within a system like prime numbers, computer programmes and train timetables. However, throughout the test scientists were unable to register more ‘systematic’ behavior. Autistic kids were less efficient and more chaotic in their search.

As compared to other children, those with autism were reportedly slower to pick up on the regularities within the ‘system’ that would help them choose where to search. It can therefore be concluded that autistic children’s ability to search in a large-scale environment is less efficient and less systematic than typical children’s capability. Professor Iain Gilchrist and colleagues assert that ability to work effectively and systematically in such tasks are vital for everyday behaviors and independence.