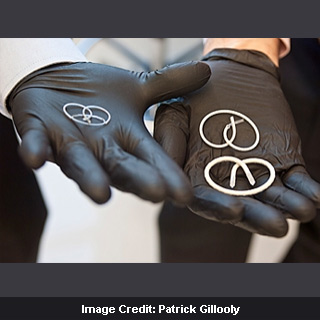 The United States apparently engulfs half-million people who suffer from a bladder disease known as interstitial cystitis. Present day medications seem to provide brief relief and therefore it is considered as a difficult to treat ailment. MIT investigators have now introduced a device that is more effective in treating bladder diseases.

A small medical-grade silicone tube is filled with the solid drug just after drilling a tiny hole in the tube through a laser beam. A shape-memory wire made of nitinol is threaded through the tube and straightened out. This wire has to now be placed in a catheter, and inserted into the bladder. When released there, the nitinol wire makes the device to spring back into a pretzel-like shape. So it does not get expelled from the bladder during urination and can gradually yet steadily release the drug over a two-week period. In this timeframe an interstitial cystitis flare-up can be possibly treated.

This form of drug delivery also appears beneficial for patients subjected to chemotherapy due to bladder cancer. Michael Cima, the Sumitomo Electric Industries Professor of Engineering, and colleagues claim that the new device provides smaller dosages, and thus reduces side effects as well as adverse reactions. However, the way to remove this device at the end of the two-week treatment period is questionable.

The research is published online and in the Journal of Controlled Release.