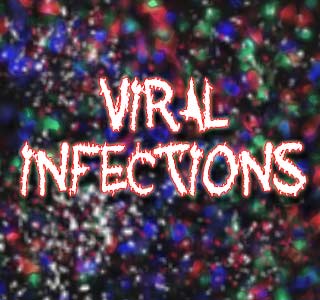 A novel study has revealed that eczema patients suffering from serious viral infections were believed to be more prone to food allergy and other allergens. The patients were noted to have a common record of allergic diseases such as asthma and hay fever and more regular skin infections with other microbes. Apparently this study has been carried out by the experts from National Jewish Health and other organizations in the Atopic Dermatitis Vaccinia Network.

It was believed that eczema also known as Atopic dermatitis may be an allergic skin condition which could cause itchiness, swollen and cracked skin.

The study experts were noted to assist people in recognizing the danger caused from severe complications of smallpox vaccinations. They were also said to have shed light on the defects which may have risen in the skin and antimicrobial-protein production as one of the possible causes for this disease.

“Previous studies have suggested that eczema is not only becoming more prevalent, but that patients have increased susceptibility to disseminated viral infections,” states senior author Donald Leung, MD, PhD, Edelstein Family Chair of Pediatric Allergy and Clinical Immunology at National Jewish Health. “Our study is the largest and first in the United States to carefully characterize eczema patients who have suffered widespread herpes simplex viral infections of their skin. It is also the first to report that these patients are more susceptible to staphylococcus and other infections of the skin and eye.”

It was believed that a division of approximately 6 million eczema patients in the US may be vulnerable to common skin infections by herpes simplex and Vaccinia viruses. Supposedly, the herpes simplex virus also called as eczema herpeticum could be common, although it may seldom cause skin infections which spread. These infections may seemingly spread to the eye and bloodstream which at times might further lead to encephalitis and meningitis.

Dr. Leung says that, “These characteristics associated with eczema herpeticum should help us identify young patients at greater risk for eczema herpeticum so that we can be more vigilant with them and better equipped to prevent this serious complication of eczema.”

For the purpose of the study, these experts were believed to have studied more than 900 subjects, with a wide range of demographic, pathologic and biologic characteristics. Apparently 138 of these subjects were noted to have suffered from the herpes simplex viral skin infections.

It was observed that in a small group of patients, Vaccinia virus may later cause critical skin infections. People having eczema or those having a history of this disease, may have a risk of developing this infection, when receiving their smallpox vaccination.

It was believed that a new model of eczema seems to have emphasized the significance of skin-barrier defects and deficiency of antimicrobial proteins between eczema patients. Allegedly, the skin barrier defect in eczema patients was hypothesized to lead to a higher allergic sensitization. Evidently, due to the greater amount of infections from microbes, it was hinted that the eczema herpeticum patients may primarily be suffering from a deficiency of antimicrobial proteins.

This study has been published in the online version of The Journal of Allergy and Clinical Immunology.