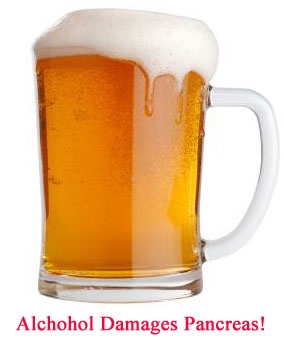 Most people are not aware regarding the ill effects of excessive alcohol consumption which can harm the body organs such as the liver, heart and brain.

A few recent studies have noted that excessive alcohol consumption causes damage to pancreas. But one of the studies has investigated into the molecular mechanisms regarding the pancreatic damage in mice following alcohol exposure. It has been evident according to the research done by Herbert Gaisano and colleagues at the University of Toronto and University Health Network, Canada.

Rodents who were given alcohol to drink in their diet and then given a drug known as carbachol, developed an inflammation of the pancreas (pancreatitis) resembling the pancreatitis which is evident in people who consume an excessive amount of alcohol.
It has been noted that the rodents develop pancreatitis as the alcohol and carbachol exposure makes cells in the pancreas let go vesicles which have degradative proteins called as enzymes at imperfect places.