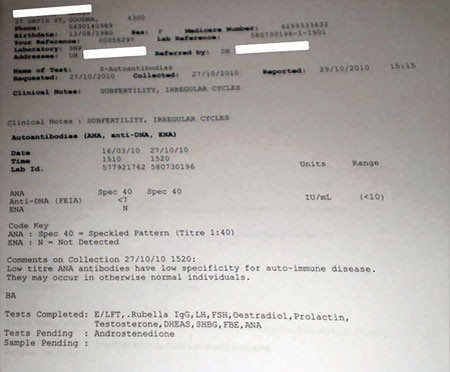 From a land of child marriages, female infanticide and illiteracy, we have come a long way. Of course, these are far from banished, but women have come to prominence in sports, politics and the business world. Gynecologists form the second most numerous specialty of doctors in India after dentists. To me, this represents growing awareness of women’s health. Now you might say we need all these gynecologists for delivering the lakhs of babies that become citizens of India every day. At least we are past the age of midwives, labor-deaths and scarlet fever. Even as we get more health conscious, our lifestyles appear to have become more unhealthy. Though access to health care improves, newer health issues emerge. In the recent past, Indian surgeons have successfully removed fibroids weighing more than a record-breaking 3-4 kgs laproscopically. That is heavier than an average newborn! This underlines what neglect to health can lead to as also the possibilities of modern medicine.

With this is mind, we bring to you an update on PCOS. Previously we published a comprehensive feature on Polycystic Ovarian Syndrome (PCOS) covering causes, incidence, diagnosis and treatment. Here, we intend to discuss newer developments in this area and bring to you an actual patient profile. Prevalence of PCOS is now reported to be over 10 percent. And this is only on the basis of cases that are actually diagnosed. As expected, younger and younger cases are being reported. The link between PCOS, diabetes and heart conditions is becoming more and more evident. As a result, blood sugar lowering drugs used for diabetes are finding increased acceptance in treatment.

Let us now review a few basic points. This condition is the outcome of hormonal imbalance. One of the characteristics is high levels of the male hormone testosterone. Testosterone is normally produced in all females but during PCOS, the levels are abnormally high. The gamut of symptoms that appear in PCOS include irregular periods, weight gain and difficulty losing it, complications in gaining weight, excessive facial and body hair, acne, darkening of skin, hair loss, etc. Some patients with this ailment also report fatigue, insulin resistance, high cholesterol and high triglycerides along with high blood pressure, persistent abdominal discomfort or pelvic pain and general anxiety. Apart from these signs, heightened mood swings often leading to full-blown depression, sleep apnea, decreased sex drive and difficulty in conceiving are noticed.

As we’ve seen in the earlier feature, not all of these symptoms appear together in all cases. In some cases, symptoms do not occur at all. What we would like to stress on is fatigue, anxiety and sleep apnea. These are very general symptoms and have higher chances of being overlooked. If not diagnosed as anything else, we just tend to live with the condition accepting it as inevitable outcomes of modern lifestyle. But persistent fatigue can be due to insulin resistance which can lead to full blown diabetes that is a central feature of PCOS. Anxiety can manifest due to purely hormonal reasons and should not be pinned down as day-to-day irritations, again; to be lived with. Sleep apnea, i.e. sleep disruption due to snoring can not only be embarrassing when it comes to women but can also be indicative of deeper health issues. Sleep disturbance can also lead to day time sleepiness adding to the fatigue.

Let us now look at an actual patient profile:

Manushree (name changed) is in her late twenties. She lives in suburban Mumbai with her husband who is also in his late twenties. Having married 2 years ago, she and her husband have decided to start a family. They are both in stable jobs and at an appropriate age. It ought to have been simple enough. But having tried in vain for a couple of months, Manushree decides to visit the gynecologist. The first question the doctor asks is about the regularity of her periods. It turns out Manushree has been experiencing variation in her periods of up to 10 days and has even missed her period twice. On both these occasions, she thought, she had, indeed, conceived but was disappointed later.

The next question the doctor asks is about hair loss. Manushree had been losing more hair than usual but she put it down to stress. She had also been gaining weight but that is to be expected post marriage, right?

The doctor immediately saw this as a possibility of a hormonal disorder. She advised both Manushree and her husband on how to increase chances of conception. But she also ordered some tests in the meanwhile. This included blood and urine tests for glucose and lipid profile, progesterone, testosterone, Luteinizing hormone (LH), Follicle Stimulating Hormone (FSH) etc.

Relieved for now, Manushree has been advised to lose at least 5 kgs, watch her sugar intake and sleep patterns. They are to try for around 6 months failing which; assisted reproduction would have to be employed. At a later stage, laproscopy would also have to be performed to narrow down on the issue and find abnormal morphology, if any.

There are a couple of points to moot from this case:

Beware and be aware:

PCOS is the most common disorder affecting reproduction. Besides the discomfort and stigma of excessive hair growth, acne, weight gain etc., PCOS also increases the risk of life threatening conditions such as endometrial cancer and heart disease. Since it is a chronic disorder, there are no outright cures but treatments do exist as we have described in the previous feature.

As this disorder gets more and more publicity, a slew of businesses are bound to spring up around it. ‘Support groups’, reality shows and magazines are already mushrooming. There is nothing like a chronic disease to sell add-ons. Everything from yogurt to spa treatments can be sold to the unsuspecting patient of an over-publicized chronic disease. Gynecologists today are well informed of this disease, its manifestations and implications. All we need to do is visit at the earliest sign of discomfort or abnormality.

As in most hormonal disorders, controlling the level of hormones takes care of the symptoms. Besides contraceptive pills, diabetes drugs like Metformin are being relied on more and more for achieving hormonal balance. It is believed that by achieving better glycemic control, insulin levels can be brought down which would lower levels of testosterone. Besides the methods to address the symptoms of PCOS, various assisted reproduction techniques can also be used to help a couple conceive.

With the emphasis on prevention, children with obese parents are far more likely to be over-weight. I was in school not a very long time back. Yet, I look at today’s school children with a bewilderment that senior citizens used to feel towards my generation when we were in school. The rate at which technology is invading every waking moment of our lives, ‘screen time’ is only going to increase. More media exposure will also mean more junk food coupled with low physical activity.

A recent survey found that at least 30 percent households in the metros have dinner after 9.30 pm. So hectic are our schedules that more and more healthy and fertile couples are opting for surrogacy. The race for a better living leading to more decadence will only intensify. More and more people will fall into the obese category .Once part of this category; they will find it more and more difficult to lose the excess unhealthy weight.