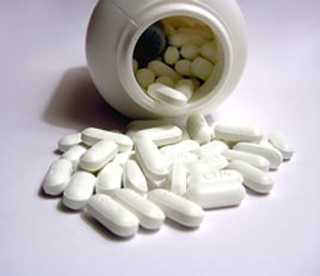 Though intake of folic acid may safeguard an individual against the first heart attack, it fails to do so the second time. In attempt to figure out the precise reason behind this, scientists from the Barts and The London School of Medicine and Dentistry found that taking aspirin disables folic acid to reduce homocysteine in the blood and lower the risk of heart attack. Since lowering homocysteine avoids platelets sticking, folic acid consumption appears beneficial.

Presumably, aspirin too follows a similar process to prevent heart attack risk, wherein it decreases homocysteine in the blood. Hence, if people consume aspirin they may not receive any extra benefit in lowering homocysteine with folic acid. Majority of the patients with a history of a heart attack or other cardiovascular diseases probably employ aspirin and so are deprived of the benefits of folic acid.

In order to highlight the difference in the reduction of heart disease events, experts evaluated 75 epidemiological studies that included 50,000 participants and clinical trials triggered on 40,000 participants. While 60 percent volunteers were on aspirin, the highest use in all the five trials appeared 91 percent. Risk of reduction apparently was 6 percent, but would be 15 percent, if none of the subjects consumed aspirin. Dr David Wald, the lead author of the study and colleagues mention that folic acid can still aid people who did not experience a heart attack because they will generally not be consuming aspirin.

The study is published in the current issue of the Public Library of Science.

Is thyroid disease in adults connected to PFOA?