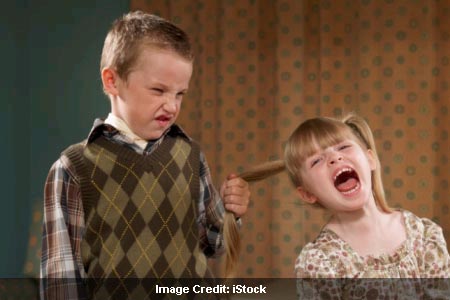 We’ve all heard the old adage ‘Spare the rod, spoil the child’. Discipline is one thing that most parents need to be upfront about. But whoever taught it can actually aid parents to save on tax? Well, at least a long term study by investigators from Duke University suggests that children who were marked with lower scores on self-control could have a number of issues. Along with health problems, these children even if they were as young as 3 years had a higher likelihood of substance dependence, financial troubles and a criminal record. Apparently all this and more could be possible by the time they reached age 32.

The study involved over 1,000 children from New Zealand who were evaluated by their parents, teachers and also themselves. The measures comprised of factors like ‘low frustration tolerance, lacks persistence in reaching goals, difficulty sticking with a task, over-active, acts before thinking, has difficulty waiting turn, restless, not conscientious.’ Upon moving to adulthood, it was seen that the children who scored the least on these measures had higher scores for health problems like sexually transmitted disease, gum disease, overweight, breathing problems, high cholesterol, blood pressure and inflammation.

Apparently it became more difficult for individuals to handle finances, like savings, home ownership and credit card debt also if they were impulsive and incapable to give a thought to long-term plans. In addition to this, they also increased their chances of being single parents, having a criminal record and being substance dependent. Reportedly, participants who managed to enhance their self-control ability as they grew older led a better adult life than the scores predicted when they were children. According to the scientists, if we teach children self-control, we can eventually save up on money for health care and criminal justice. These findings were led by Duke University psychologists Terrie Moffitt and Avshalom Caspi.

The same analysis was also run on a group of 500 pairs of fraternal twins in Britain. This was done to corroborate the significance of self-control. It was observed that the sibling who showed lower self-control scores at the age of 5 had higher chances of being dependent on substances while also performing poorly in academics and getting involved in antisocial behaviors.

The study appears this week in the Proceedings of the National Academy of the Sciences.