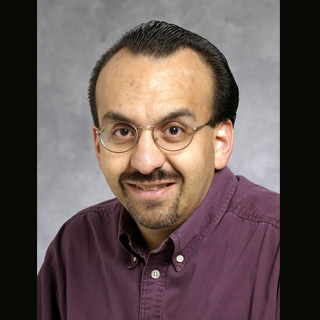 Pateamine A (PatA), a natural product first isolated from marine sponges seems to have attracted significant attention as a potential anti-cancer agent. Also, presently a latest activity by researchers from Texas University and Johns Hopkins University has been found for it which may reveal yet another anti-cancer mechanism.

Messenger RNA (mRNA), as its name indicates is known to copy messages from genes on DNA. Moreover, it could possibly make use of these messages in order to produce proteins. It was believed that the human body functions well only with the right types and amount of proteins.

Therefore, what happens when mRNA gets damaged? Will the wrong proteins produced by the wrong messages carried by mRNA damage a person’s body? Daniel Romo, a Texas A&M chemistry professor claimed that people may no longer need to worry, it’s under close watch and PatA has been found to reduce one such surveillance mechanism called NMD.

NMD stands for nonsense-mediated mRNA decay, an important mechanism inside the cell to degrade damaged and not completely functional mRNA. NMD appears to keep a watch inside the body 24 hours a day, and whenever damaged mRNA is found, NMD may attach a ‘bad-mRNA’ tag on it and sends for an army in order to destroy it. However, with cancer cells, inhibition of NMD could perhaps be desirable.

Romo further said that, “Tumor cells are more actively producing new proteins than normal cells, so tumor cells are hundreds if not thousands of times more vulnerable to a derivative of PatA called desmethyl, desamino-PatA (DMDAPatA) ’s inhibition of protein synthesis, which makes DMDAPatA a good candidate as an anti-cancer agent.”

“DMDAPatA is structurally simpler than PatA but exhibits similar activity in inhibiting NMD and protein synthesis. It has been patented by Texas A&M, evaluated by two pharmaceutical companies, and continues to be evaluated as a potential anti-cancer agent for both human and animal (pet) applications,” he continues.

Supposedly, Romo began his work on PatA’s synthesis more than a decade ago. In the year 1998, the researchers were believed to have achieved the first laboratory synthesis of PatA. Moreover, in the year 2005, with the help of a PatA conjugate, Romo’s collaborator, professor Jun O. Liu at Johns Hopkins, found that PatA seems to inhibit the beginning phase of protein synthesis, which gives PatA the potential to fight cancer.

The findings of the research revealed that PatA and a simplified, easier to synthesize DMDAPatA seem to inhibit NMD. This could possibly contribute to the apoptosis (suicide) of tumor cells.

The findings of the research have been published in the Journal of Biological Chemistry.