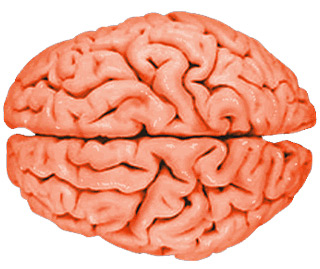 Science speculates we use only 10% of our brain in our complete lifetime and yet it is perceived to be the most complexly working body organ. Contrary to this perception, a finding by the psychologists at University of Missouri suggests that the ‘working memory’ of our brain works in a very simplified manner. This study demonstrates that now humans will have even less to work with. However, this study is aimed to help people with attention-deficit and focusing difficulties and help them enhance their academic performance along with other such areas related to the brain.

The study was done with the help of an experiment by Jeff Rouder, associate professor of psychology in the MU College of Arts and Science and his team. The experiment required the participant to look at an array of two, five or eight small squares of different colours, which were scattered. The array was then ‘wiped out’ by the same squares which were without the colours. The participant was then shown a single colour in one location on the array and was asked to point out whether the colour in that spot had changed from the original display in the array.

According to Nelson Cowan, psychology professor at Mizzou, an expert in working memory theory and co-author of the study, how an individual fares in the test depends on her/his working memory. “If a person is trying to do a math problem, there are partial results to keep in mind as that person solves the problem. When people are going to do any tasks in the house—like remembering the location of keys, turning off the stove, combining ingredients for a cake or recalling a phone number—they use working memory to keep in mind all the different aspects of the tasks.”

This is so because working memory is closely associated with attention because to remember something or to register few items in the mind, it needs attention. Thus people who have high working memory capacity have more concentration and focus and those with a lower attention span get more easily distracted. Hence these findings can help psychologists help people with problems in concentration that is they are attention-deficit.

As Rouder puts it, “We were able to use a relatively simple experiment and look at how many objects can be in maintained in the human conscious mind at any one time. We found that every person has the capacity to hold a certain number of objects in his or her mind. Working memory is like the number of memory registers in a computer. Every object takes one register and each individual has a fixed number of registers. Limits in working memory are important because working memory is the mental process of holding information in a short-term, readily accessible, easily manipulated form where it can be combined, rearranged and stored more productively.”

This is more clearly explained by Rouder where he gives an example that if people were asked to remember nine random letters, it would be more difficult for them to do so than remembering the same nine random letters arranged in batches of three in the form of organized acronyms. For example, IBM-CIA-FBI. This way one uses only three registers in minds. This method is also known as ‘chunking’ or grouping’ and is always used by the human mind. This also explains the nature of memory of participants where if the registers in their working memory were full, they guessed randomly and when it was not, they used their working memory to give accurate answers. This is why Cowan says that working memory is very important in our daily life.