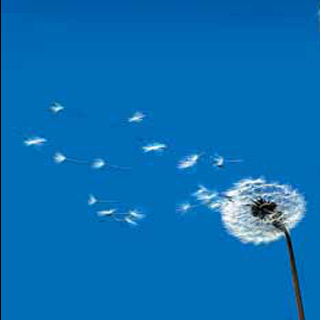 A month back, it was reported that probiotics can protect babies from allergies if their mothers take a dose of the probiotics bacterium while pregnant. This time, probiotics is again in news – as a hope for hay fever sufferers.

A study conducted by the researchers at the Institute of Food Research reveals that daily doses of milk drink containing the probiotic Lactobacillus casei Shirota (LcS) can fortify immune system and fight against allergic effect of grass pollen which is responsible for seasonal hay fever.

“This was a pilot study based on small numbers of patients, but we were fascinated to discover a response”, says research leader Professor Claudio Nicoletti. “The probiotic significantly reduced the production of molecules associated with allergy.” So you don’t need to rush to purchase the drink right away, as it may not have instantaneous effects.

Hay fever is caused due to pollen grains and fungal spores. When the spores enter one’s body, the immunity system mistakes them as harmful alien bodies and in a bid to fight them off, excess of antibody IgE is produced by the immune system to bind them. IgE is responsible for the production of histamine that washes out spores, but unfortunately, it irritates the ‘airways’ leading to swelling. This is determined as the symptom of hay fever.

The volunteers selected for study had a history of seasonal hay fever and belonged to age group of 18 to 45. They were made to drink milk with or without live Lactobacillus casei bacteria daily for 5 months. The participants and the scientists, neither of them knew which group was not the probiotic drink and which group was, as the study was double-blinded and placebo-controlled.

A comparison study was done between the blood samples taken before the grass pollen season and the one taken at the peak of the season in June and a month after the end of the season.

“These are really interesting results. We are delighted that independent scientists found evidence of this biological activity. The project was part of ongoing research into the benefits of our probiotic strain. The Institute of Food Research is well positioned to do this kind of fundamental research, as it is unique in having the right combination of expertise in microbiology, immunology, flow cytometry and human nutrition research,” said Dr Linda Thomas, head of science at Yakult UK, who provided the drinks and some of the funding.

The team of researchers with Professor Nicoletti is planning to conduct a few more similar trials to verify whether ‘the immunological changes translate into a real reduction in the clinical symptoms of hayfever’. Thereby they would examine all the working involved in the process.