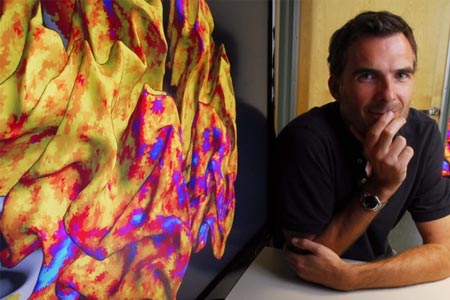 Performing kick-boxing or throwing a spear requires the human brain to perceive as well as to process three dimensional motions. These 3-D images appear to be a lot of fun and somehow are an important part of our survival.

Presently, neuroscientists claim to have discovered how and where the brain processes 3-D motion. The brain could examine 3-D motion with the help of specially developed computer displays along with an fMRI (functional magnetic resonance imaging) machine. This study was founded by lead author, Bas Rocker, Alexander Huk, assistant professor of neurobiology and Lawrence Cormack, associate professor of psychology.

Astonishingly, they seem to have found that 3-D motion processing arises in an area within the brain which is located behind the left and right ears. Since a long period of time, the two ears were regarded to be responsible for processing two-dimensional motion from all the directions.

The area where 3-D motion processing occurs is simply known as MT+. Scientists were noted to have studied the area’s underlying neuron circuitry in depth. Most scientists had concluded that 3-D motion could be processed in a different place, but that was until now.

“Our research suggests that a large set of rich and important functions related to 3-D motion perception may have been previously overlooked in MT+. Given how much we already know about MT+, this research gives us strong clues about how the brain processes 3-D motion,” says Huk.

For the purpose of better understanding this criterion, Huk along with his colleagues advised the participants to watch 3-D visualizations while lying motionless for nearly one or two hours inside an MRI scanner. This scanner was built with a customized stereovision projection system.

Inside an MRI scanner, the difference between what left and right eyes see is known as binocular disparity, whereas the brain seems to calculate the change in difference in a moving object over time. During an MRI scan, if an object simultaneously speeds directly towards the eyes, it may perhaps move across the left eye’s retina from right to left. In contrast the right eye’s retina might move from left to right.

Huk further stated that, “The brain is using both of these ways to add 3-D motion up. It’s seeing a change in position over time, and it’s seeing opposite motions falling on the two retinas.”

“Who cares if the tiger or the spear is going from side to side? The most important kind of motion you can see is something coming at you, and this critical process has been elusive to us. Now we are beginning to understand where it occurs in the brain.” states Cormack.

The findings have been published in the online journal Nature Neuroscience.