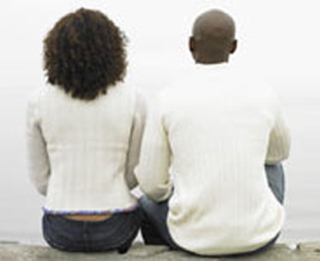 Majority of the women undergoing a miscarriage probably experience depression. Well, it seems that this depression continues even after giving birth to a healthy baby. A groundbreaking study initiated by the University of Bristol suggests that women experiencing depression and anxiety after a miscarriage can continue to face these symptoms even if they subsequently go on to have a healthy child.

The investigation is based on the Children of the 90s study (ALSPAC) which reveals that mental health problems related to miscarriage or stillbirth do not always end with the birth of a healthy child. In fact, women possibly continue to experience symptoms for several years after the postnatal period. In this study, a total of 13,133 pregnant women involved in ALSPAC were asked to report the number of previous miscarriages and stillbirths they had experienced. Also symptoms of depression and anxiety were examined twice during their pregnancy, at 18 and 32 weeks. Depression and anxiety symptoms were also evaluated four times after giving birth, at eight weeks, eight months, 21 months and 33 months.

“Our study clearly shows that the birth of a healthy baby does not resolve the mental health problems that many women experience after a miscarriage or stillbirth. This finding is important because, when assessing if a women is at risk of antenatal or postnatal depression, previous pregnancy loss is usually not taken into account in the same way as other risk factors such as a family history of depression, stressful life events or a lack of social support. We know that maternal depression can have adverse impacts on children and families. If we offer targeted support during pregnancy to women who have previously lost a baby, we may be able to improve health outcomes for both the women and their children,” added lead author, Dr Emma Robertson Blackmore of the University of Rochester Medical Center in the USA.

While 10,310 study subjects had no history of miscarriages, 2,823 women forming 21 percent registered one or more previous miscarriages. Among the participants 108 representing 0.5 percent had one previous stillbirth and just three women went through two previous stillbirths. Women who had lost a baby in the past supposedly experienced extremely high levels of anxiety and depression during pregnancy. These symptoms reportedly continued for almost three years after giving birth to a healthy baby.

The study is published online by the British Journal of Psychiatry.