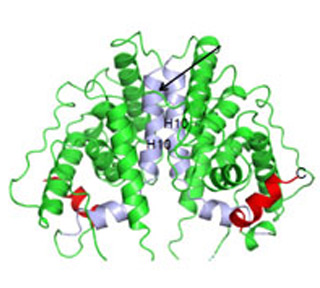 Vitamin A appears extremely beneficial for the health of an individual. According to Van Andel Research Institute (VARI) experts, vitamin A has a direct role in some physiological functions such as sperm cell formation and development of the central nervous system. The research findings apparently have major implications in the medical world.

The derivatives of vitamin A like retinal and retinoic acids possibly play a pivotal role in physiological functions of the human body. It was mentioned that vitamin A or retinol seems to be directly involved in nuclear receptor signaling pathways. This process allegedly activates genes in the human body. Vitamin A or retinol reportedly is a common dietary form of the vitamin and the parental compound of the retinoid group.

“Recent evidence has shown that orphan nuclear receptors are required for many essential physiological functions in the human body, and can be used to help discover drug targets for human diseases,” said VARI Research Scientist Edward Zhou, Ph.D. “Additionally, the identification of ligands for nuclear receptors usually leads to the discovery of new types of therapeutic drugs for human diseases. A very successful example is PPARs (peroxisome proliferator-activated receptors), whose ligands are used for the treatment of diabetes.”

In the course of the research, it was observed that vitamin A itself is purportedly active for promoting nuclear receptor TR4. This nuclear receptor presumably has a crucial role in sperm cell production, lipid and lipoprotein regulation, the development of the central nervous system and controlling hemoglobin production in the embryo. Hence, vitamin A may be a hallmark in human physiology. Nuclear receptors are believed to activate genes in vital biological processes of the human body.