Percy Spencer was one of the scientists working on microwave signals during the Second World War. These signals were used by radar machines to detect enemy planes and submarines. Whilst running these experiments, he once noticed that a chocolate bar that he had in his pocket had melted. He suspected that it may have something to do with the signals. These were, after all, power waves that travelled huge distances. Like a true scientist, he tested his theory with other food items: egg and popcorn kernels. This was a good choice of specimen as both food items undergo dramatic changes when cooked. The eggs burst and the kernels popped. And the microwave was born. 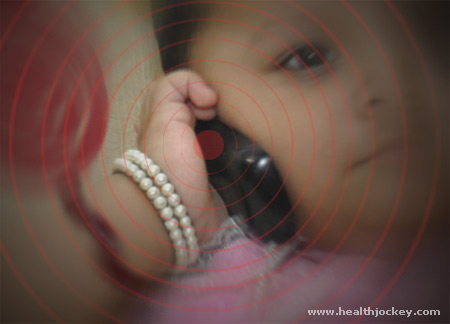 So powerful are these waves that they are bounced back from the moon to measure its distance and study its topography. Microwaves are finding increasing number of uses in today’s wireless world. But no application of microwaves is as pervasive as that for cell phones. Roughly four out of seven billion people that populate the earth own a cell phone. In most cities, the tele-density is over 100%, i.e. there are more cell phone connections than there are people! With calling rates in constant free-fall, the amount of time we spend on the phone is only going to the increase. Worrying about the effects of mobile phone radiation on the human body is, therefore, justified.

The word radiation has a very negative connotation. From nuclear meltdowns to comic book superpowers, radiation has become synonymous with mutation and effects on health. Heat emitted from electrical devices, visible sunlight and X-rays used for medical imaging are all forms of radiation. They differ in power and frequency. While X-rays, that are definitely harmful, fall in the range of 1020 to 1022 GHz (Giga Hertz), wireless devices like cell phones have a maximum frequency of 300 GHz. A typical GSM cell phone radiates power up to 2 watts. For comparison, consider the humble light bulb. It radiates power to the tune of 25-100 watts. So, we are talking about very small amounts of energy that is being absorbed by the human body. The concern is not the amount of energy but the amount of exposure.

There have been numerous studies over the years but most remain fashionably inconclusive. Those that lean one way or the other are criticized for being partial. Mobile phone radiation has been suspected to cause everything from lower bone density to infertility and even fasten existing cancers if not cause new ones. With mobile phone usage going through the roof, one would think that if any of these suspicions proved to be correct, we would have an epidemic of such conditions. WHO’s official stance is to observe precautions to guard against radiation as the studies carried out so far leave enough room for reasonable doubt.

What observation should tell you?

What we cannot see does not scare us. Like a dentist appointment next month or arctic melting. But you do feel hot around the ear during long mobile phone conversations. Temperature on the face can rise by a couple of degrees over a 15 minute phone conversation. You can very much see the disturbance on a computer screen or other devices when a call is coming in. Some people are more sensitive to electromagnetic fields and get headaches and insomnia without even knowing what is causing them.

The most recent study published two months ago in The Journal of the American Medical Association indicates that being on a call for less than an hour can increase glucose metabolism in the brain. What effects such a change might have is a different issue. But the fact that mobile phone usage causes changes in the body is pretty much certain. This should be reason enough to be cautious.

Wireless (Wi-Fi) routers and other such devices are becoming increasingly common. The energy radiated from devices such as routers is far less than a mobile phone. But we tend to keep them on for far longer durations, sometimes days on end. The good part is; such devices are located far from your body unlike a mobile phone. It is; however, advisable to turn off such appliances when not in use and keep them at a distance. 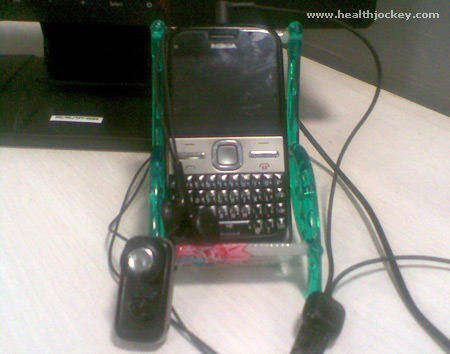 What should we do? Do not worry, we will not tell you to abandon your precious wireless partner. But you can try to switch to a CDMA phone from GSM. Not only is CDMA a superior technology, it also emits much lesser radiation than a GSM phone. Use a landline when possible. We understand that it is not very hip. But think of it as a retro fashion statement, like using a typewriter. If you could reduce the time you spend on calls, there would be nothing like it. But there are alternates:

Texting rates have dropped like it is nobody’s business. There are also messengers that use GPRS for which most phones are enabled.

Using the speaker phone though it is not always a viable option but one could try it when alone.

A normal or Bluetooth hands-free is a more tenable option. Not only does it keep the radiation at a distance, it leaves your hands free for other tasks. Avoid keeping hands-free devices on for long as they emit low level radiation themselves and increase chances of ear infections.

While talking, keep the receiver as far away from your ear as possible. You know when you are in a crowded place or when the reception is bad; you speak into the mouth piece and only bring the phone to your ear when the other person is talking. It would be a good idea to do this all the time. This is because more energy is radiated when sending rather than receiving.

Avoid carrying it in your trouser or shirt pockets. Carry it in your bag/purse. When you are not travelling, keep it on a stand away from you. Many of us have a habit of keeping the mobile phone switched on and close to our heads while sleeping. Having a source of radiation close to your head during 6-8 hours of sleeping sounds like a bad idea, doesn’t it?

Avoid network cold spots as maximum amount of energy is radiated when a mobile phone is trying to make initial connection with the tower to make a call. By waiting till the connection is made and then bringing the handset close to your ear, you can avoid a lot of radiation. When in a parking lot or other enclosed location, one tends to press the phone against his/her ear all the more. The cell phone also has to try harder to connect to the tower. This further increases absorption of radiation by the brain. Whenever possible, try to make a call only when receiving decent network.

Most of us would be embarrassed to use a prosthetic but we happily carry our cell phones around all day, flaunt it even. I myself felt restless for the few days it took me to buy a new mobile phone when I decided to replace my old one. We do not have the time to start a family and raise kids but we give our gadget more attention than a toddler would ever require. The day when people enroll for mobile phone abuse rehab camps doesn’t seem far. That is why features such as this one are called for.

We have stayed cleared in this feature of sensational claims of brain tumors and the like. You will come across enough of those in e-mail forwards. But being aware of the risks is crucial. Children’s brains are more fragile and have higher water content. Damage caused by exposure to radiation at a young age can be deeper and more serious. Keep your kids from using mobile phones for as long as possible. You and me never had a pager till we were past college and we did just fine, didn’t we?