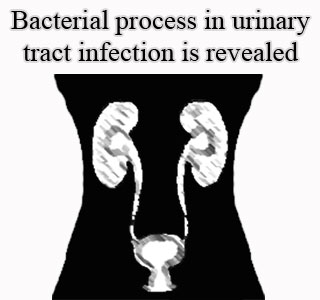 A new study says that bacteria causing urinary tract infection, gives rise to compounds which permit the bad bacteria to steal iron from their host, which in turn makes it easier for them to survive and reproduce. As compared to this the urinary tract infection bacteria gives rise to lesser friendly versions of the same bacteria found in the gut. This study was conducted by the researchers at the Washington University School of Medicine in St. Louis and the University of Washington.

The siderophore compounds, along with making it easier for the bad bacteria to replicate; also provide a possible way for targeting the bad strains of bacteria for abolition without seriously damaging the good strains.

Lead author, Jeff Henderson, MD, PhD, a Washington University infectious disease specialist, says that, “When we treat an infection with antibiotics, it’s like dropping a bomb—nearly everything gets wiped out, regardless of whether it’s helpful or harmful. We’d like to find ways to target the bad bacteria and leave the good bacteria alone, and these siderophores are a great lead in that direction.”

The study investigators state that the fact that siderophores have control over the infectious bacteria strains could be of great help. Among various new approaches developed to destroy these bad bacteria, researchers will attempt to curb or create hurdles in the path of the proteins which make siderophores. Another possible approach is the production of a drug which looks like siderophores and can thus only attract the bad bacteria and leave out the good bacteria.

Their study findings are published online in PLoS Pathogens.