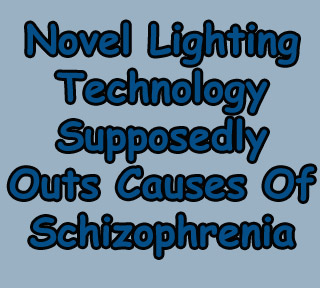 The precise cause of schizophrenia, a mental condition that makes it difficult to tell the difference between real and unreal experiences may be unknown. Some scientific evidence claims that a connection with the so-called NMDA receptors within the brain is involved with the disorder. Well, the latest light technology introduced by the Karolinska Institutet can now aid in understanding the causes of schizophrenia.

Having employed the so-called optogenetik, researchers were able to display that functional NMDA receptors in a specific group of neurons needed for the formation of normal brain waves, are often altered in schizophrenia patients. Mice lacking NMDA receptors in the relevant neurons allegedly had complications in learning and memory very much like schizophrenics. The combination of genetics and optogenetik used in the current investigation can supposedly improve the cognitive problems in schizophrenia.

Marie Carl and colleagues believe that the optogenetiska technology based on light-sensitive proteins is equipped into the animals of different neurons. Hence, a light source can be seemingly put to use for accurately governing over the activity of nerve cells directly into the brains of live animals. It was concluded that a direct correlation between activity in specific neurons and behaviors appears linked to mental illness.

The research is published in the journal Molecular Psychiatry.