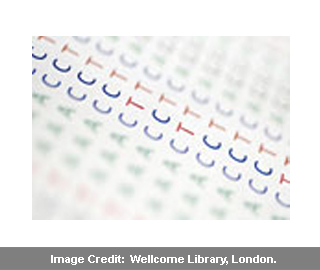 The health world recently stumbled upon a unique genome scan for womb cancer. Experts suggest that this genome scan can highlight a genetic region that is related to a decreased threat of the disease. The same region, named HNF1B, also appears linked with lower prostate cancer risk among men.

The study has apparently laid hands on a common genetic factor for these two different cancer types. It is predicted that both the diseases share similar mechanisms, but so far no scientific evidence has been gathered on the same. Women with the protective ‘version’ of the gene on an average may be 15 to 18 percent less likely to develop womb cancer. And men with the same version probably have 21 percent lower chances of being diagnosed with prostate cancer.

“This is only the second common genetic region to have been linked to the development of womb cancer. With faster, cheaper genome technologies now becoming available, we are on the cusp of being able to carry out powerful genome studies involving much larger groups of people. This will allow scientists to pinpoint subtler associations, helping to build a more complete picture of how genes influence a person’s risk of developing womb cancer. Ultimately this will pave the way for more targeted approaches to treating and diagnosing the disease,” added Dr Lesley Walker, director of cancer information at Cancer Study UK.

However, the same gene is reportedly associated with a 10 to 14 percent greater threat of type 2 diabetes. Understanding how the possible link between womb cancer in women and prostate cancer in men influences a person’s risk of developing cancer can aid in detecting high-risk groups who may benefit from closer monitoring or measures to reduce their risk of developing the disease. In the course of the study, investigators began looking for genes linked to womb cancer by scanning the genomes of 1265 womb cancer patients.

The achieved results were then compared with the genomes of 5190 women without the disease. As a result, a total of 47 different points in the genetic code with one-letter alterations where genes linked to womb cancer were purportedly found. Then the detailed examination of these regions was undertaken on 3957 patients with womb cancer and 6886 who did not suffer from the disease. In conclusion, three SNPs possibly correlated with a reduced risk of womb cancer that overlapped with the gene HNF1B on chromosome 17 were discovered.

The study is published online in the journal Nature Genetics.