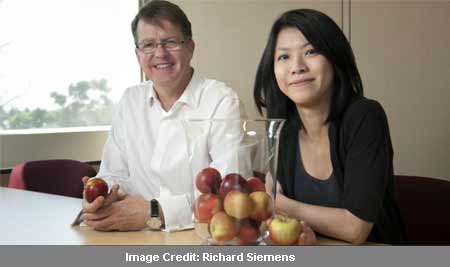 Doting parents who want their children to make healthy food choices can invite them to the kitchen, says a team from the University of Alberta. Simply put, the team believed that kids who cooked at home opted for nutritious food and gave up junk.

As seen in the results of the trial, kids who cooked preferred both fruits and vegetables more than those who did not indulge in cooking at all. A liking for vegetables also appeared to be about 10% higher in kids with aprons than those giving meal preparations a miss.

“Kids who like fruits and vegetables more tend to eat them more frequently and have better diets. These data show that encouraging kids to get involved in meal preparation could be an effective health promotion strategy for schools and parents,” cited lead author Yen Li Chu, a post-doctoral fellow in the School of Public Health.

Basically, the findings reported by Public Health Nutrition showed that tiny tots who cooked understood the importance of healthy food. Though the study was conducted among 5 year olds, the results are applicable to older children as well, say the investigators.

Of late, there have been a lot of reports talking about childhood obesity. We have even dealt with a study showing how lunchboxes in the western world rarely contain veggies and fruits. Such simple tips like those mentioned in this analysis could bolster healthy habits among children and help them make the right choice when it comes to eating.

As far as cooking is concerned, kids can be enrolled for cooking classes or clubs to participate actively in meal preparations. Those who are just stepping into marriage should make sure that cooking is a group activity in their homes.