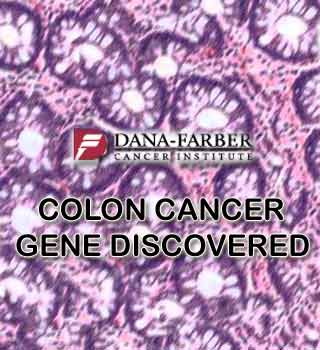 A large number of cancer causing genes have already been identified. But a recent study by researchers at the Dana Farber Cancer Institute shows that there are still many on the way. The novel research claims to have identified a key genetic player in the development of colon cancer-a gene called CDK8.

Equipped with sophisticated new tools, researchers have found that the otherwise unsuspected protein, CDK8 regulates gene expression in the proliferation of colorectal cancer.

William Hahn, MD, PhD, of Dana-Farber and the Broad Institute of Harvard and M.I.T, the study’s lead author, mentioned, “This study provides confirmation that many of the genes involved in cancer have yet to be identified. When it comes to identifying gene targets for therapy, we’ve really only scratched the surface.”

Innovative new tools have made it possible for the researchers to assess the activity of the specific gene. This in turn led to the discovery of CDK8’s role in cancer. The researchers suggest that a further enhancement in these tools should open up broader avenues for therapy considering the range of newly discovered cancer genes.

The study concentrated on a protein called beta-catenin. This transcription factor is found to be overactive in almost all colon cancers. However it is found to play a role only in the initial formation of tumours as the tumour actually becomes malignant only when other genetic abnormalities occur. The team then ran three screening tests to identify the genes that control the production of beta-catenin along with development of colon cancer.

For the first two screening tests RNA interference was used. This RNA interference shut down more than thousand genes one at a time, recording the instances that decreased the activity of beta-catenin in addition to halting the growth of these cells. Next colon cancers for genes with extra copies were analysed. A close examination of the three tests showed the overlapping of one gene namely CDK8. Researchers suggest that the protein produced from CDK8 is part of the mediator complex. The complex is a conglomeration of proteins that serves as a bridge for compounds involved in gene transcription.

The researchers assert that the study may be eminent in another respect as well. Transcription factors normally associated with abnormal protein formation lead to the development of cancer. They apparently believe that this is mainly because the factors have the ability to read DNA cells and use this information to produce other cell proteins. Attractive targets for drugs are genes that influence these transcription factors as they have the potential to disrupt the cancer process and disable tumor cells. One such recognized gene is CDK8

Authors are hopeful that validation of the results could lead to new therapeutic approaches for colon cancer, as well as new screening and chemo preventative strategies.

An advanced online publication by the journal Nature comprises these findings.