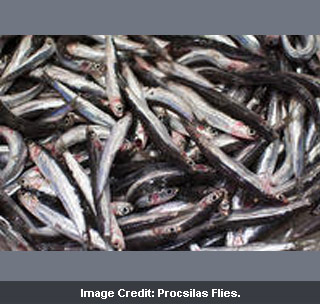 The health world recently hit upon a major source of polyunsaturated fatty acids that reduce the risk of developing diabetes among kids. Researchers from the University of Almería have now found that the livers of fish often discarded by fishermen are rich in polyunsaturated fatty acids, which are vital substances for health. Among the several fish livers tested, the liver of anchovy apparently contained the highest amount.

Apart from cod liver, majority of the fish livers have been excluded before they reach the factory. However, these livers may contain compounds with hidden health benefits. The edible fish livers appear as a rich source of polyunsaturated fatty acids of long chain (LCPUFA), especially the family of omega 3 like eicosapentaenoic acid (EPA) and docosahexaenoic acid (DHA). These fatty acids are probably employed to restrict and treat several illnesses including some cancers, depression, Alzheimer’s, schizophrenia, conduct disorders and cardiovascular disease.

During the research, SINC José Luis Guil-Guerrero, principal investigator and colleagues analyzed twelve species of fish commonly consumed in southeastern Spain, including hake, blue shark, sardine or aligote. The livers of the fish spider (Trachinus draco) and European anchovy or anchovy (Engraulis encrasicolus) allegedly had the highest content of LCPUFA. While the fish spider contained 51.4 percent of total fatty acids, anchovy seemingly had 47.9 percent. All species may have also pinpointed a probable relationship of fatty omega-3/omega-6 which is advantageous for human consumption.

The research is published in the Journal of Food Composition and Analysis.