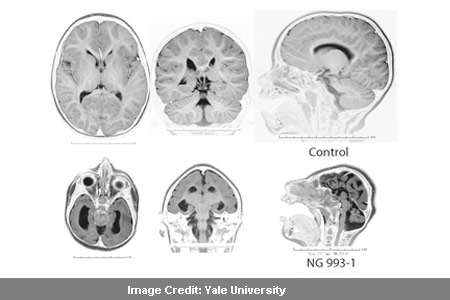 Here is an interesting mystery behind the size and shape of the human cerebral cortex. According to the Yale School of Medicine and three other universities, mutations within a single gene have shaped the cerebral cortex of humans. This gene known as centrosomal NDE1 is possibly involved in cell division and a certain form of deformity as well.

In this study, a genetic analysis of one Turkish family and two Pakistani families with offspring born with the most severe form of microcephaly has been thoroughly analyzed. It appeared that these children have brains just 10 percent of normal size. So they may have lacked the normal cortical architecture that is a hallmark of the human brain.

This combination of factors associated with the development of the human brain can be apparently witnessed in the centrosomal NDE1 gene only. Due to the degree of reduction in the size of the cerebral cortex and the effects on brain morphology, it can be predicted that this gene plays a significant role in the evolution of the human brain. Murat Gunel, co-senior author of the paper and colleagues assume that the study findings aid in understanding how single molecules have influenced the expansion of the human cerebral cortex in the last five million years.

The study was published in the American Journal of Human Genetics.