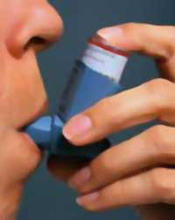 Using certain inhaled asthma medications may offer immediate temporary relief, but it seems that taking them may not be such a good thing after all. A new study by boffins at the Wake Forest University School of Medicine has found that such medications may actually worsen such as asthma, heart failure and lupus that involve inflammation.

The researchers, led by Raymond Penn, Ph.D., and Matthew Loza, Ph.D, found that beta-agonists, such as those used in the treatment of asthma, increase the accumulation of type 2 T cells, a type of white blood cell that participates in immune system defense mechanisms.

In certain diseases such as asthma and lupus, an over-reactive type 2 T cell response occurs and is believed to contribute to the disease.

“Inhaled beta-agonists are very effective in opening up airways and allowing asthmatics to breathe, but their ability to address the underlying inflammation that causes most asthma has been debated for years,” said Penn, an associate professor in the Department of Internal Medicine and the Center for Human Genomics.

As a part of the study, researches used blood samples from human participants. They then measured the effect of beta-agonists on white blood cells that were grown in the laboratory, and found that the drugs promoted a preferential accumulation of type 2 T cells.

Beta-agonists belong to a class of chemicals that include the hormone adrenaline produced by the body. Consequently, conditions that elevate blood adrenaline, such as emotional stress or heart failure, may also have the ability to alter the immune system by increasing type 2 T cells, and thereby promote or worsen disease.

“Although further research is needed to confirm that these findings occur in the human body, our research points to an important means by which the immune system is regulated by both therapies and the hormonal system,” Dr Penn said.

“From an asthma management standpoint, these studies further emphasize the need to include anti-inflammatory corticosteroids when treating moderate to severe asthma,” he added.