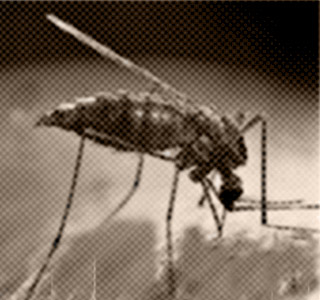 Malaria may now be controlled in a novel approach, reveals a new study. Experts from a renowned university have stumbled upon parasites of malaria that take over the host cell’s proteins for survival. Thus they have stated that locking these parasites within the host cell itself could turn out to be a novel approach taken towards the battle against malaria. This study was conducted by the University of Pennsylvania.

Malaria is believed to have become increasingly stronger over the span of 40 years. It has apparently become quite resistant to many drugs that were previously used to control the disease. The experts have stated that the main criterion of the study was to find a novel solution to control this infection.

The investigators are believed to have started their study with Plasmodium falciparum, which is believed to be the most dangerous form of malaria. A report by the Centers for Disease Control and Prevention is said to have estimated that globally, around 350 to 500 million cases of malaria take place due to Plasmodium falciparum. According to the study, the investigators developed a new strategy to curb the growth of the parasite by locking the parasites inside the host cell itself.

Lead study expert, Doron Greenbaum, PhD., Assistant Professor of Pharmacology in the Pennsylvania School of Medicine, says that, “Researchers can now develop ways to kill parasites by placing roadblocks in the path they use to destroy their victims.”

“We always suspected that enzymes called proteases might be required to help parasites escape from the infected cell, but had assumed that these enzymes were produced by the parasites themselves. We had never considered that parasites might instead hijack host cell proteases. It’s an ingenious system,” says Greenbaum. “Our findings open up whole new window for drug discovery.”

The experts further stated that their study even included an analysis of the parasitic disease called Toxoplasmosis. This disease is believed to be a major cause of birth defects around the world and is considered to be harmful to people having a low immune system.

The study findings have appeared in an online journal called Science.