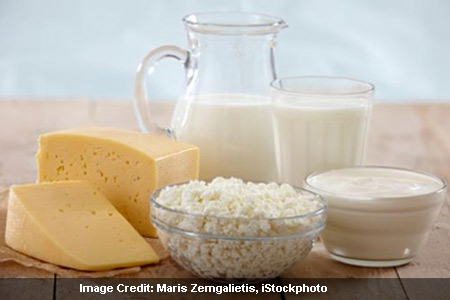 Dairy products like yogurt, cheese, milk and butter now appear harmless for heart health. A fresh study triggered by the Brown University suggests that dairy foods do not raise the chances of experiencing a heart attack. Scientists mention that even though dairy products have high level of harmful saturated fat, they not necessarily interfere with the heart.

During the study, experts examined data on 3,630 middle-aged Costa Rican men and women who participated in an epidemiological study between 1994 and 2004. The study population was split in two equal groups. One group included 1,815 cases that had non-fatal heart attacks, while the other consisted of 1,815 comparable controls. Authors then looked at subjects’ self-reported dairy intake and also measured dairy fat biomarkers such as 15:0 and 17:0, in their bodies.

“Things like milk and cheese are very complex substances. We looked at (heart attack risk and) dairy products in their entirety and then looked at separate components of those dairy products, including fats, and it turns out that the results are null. Perhaps the evidence is not there,” commented Stella Aslibekyan, a community health graduate student at Brown University and the lead author of the study.

On completion of the study, it was concluded that dairy intake may not interfere with heart attack risk. Participants were then segregated into quintiles on the basis of their dairy consumption amount. However, no strong linear relationship between consumption and heart risk was registered. All through the study factors like smoking, waist-to-hip ratio, alcohol intake, and physical activity were controlled. Also data for levels of CLA and calcium was tracked and adjusted.

The study was published online on May 4 in the journal Nutrition, Metabolism and Cardiovascular Diseases.