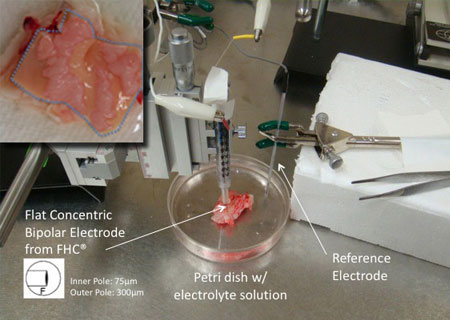 A plaque whether stable or related to heart attack may be difficult to identify with present anigiogram methods. However a new Microelectromechanical System (MEMS) sensor probe to be developed by Viterbi School biomedical engineer and cardiologist Tzung John Hsiai could be potentially useful in prevalent angiogram catheters.

The researcher reveals that he intends to build a novel tool that should aid clinicians in differentiating between cardiac emergencies. This would allow clinicians to efficiently recognize chronic problems that may require immediate surgery and those that can be taken care of simply with drugs and lifestyle change.

An inside view of the interior surface or the lumen of the arteries that feed the heart are provided by angiograms that are images made by catheters. The images often exhibit deposits of a dangerous fatty substance termed plaque. However plaque is known to occur in various forms.

While some are metabolically stable and may be fixed firmly in the lumen, others are known to be less viscous and have high chances of dislodging and causing heart attacks. The former may be treatable with diet, exercise and medication and the latter seems to need immediate primary coronary intervention (angioplasty) or by-pass surgery. And current angiogram techniques seem to be incapable of distinguish the types of plaque.

The researcher hopes that the innovative Microelectromechanical System (MEMS) sensor helps in altering this situation. The system claims to utilize minute heat perturbations as a proxy for blood flow. It may help in detecting changes in bulk resistance for plaque characteristics. Apparently, it can potentially be part of the same catheters used for angiograms.

Additionally the lab reveals that this sensor can efficiently make the distinction between stable and unstable plaque. In laboratory examinations, it could distinguish between specimens of plaque clogged arteries that had been extracted from rabbits fed a special plaque-producing diet. Besides, another configuration of the same sensors claims to measure the forces on the artery walls produced by blood flows. It may thus aid in recognizing spots where back currents may be promoting plaque formation.

“Coronary artery disease is rising worldwide because of changes in diet in developing nations, and parallel increases in obesity and diabetes in the West,” said Hsiai.

The researcher’s next step is to integrate the MEMS sensors into angiogram catheters. He intends to show that they can accurately make the same distinctions, primarily in animals and then in human subjects.

According to the National Institutes of Health, nearly one million Americans are known to undergo angiograms. Heart attacks claim to be the leading cause of deaths in the United States and seem to account for approximately one-fifth of total annual mortality as per the American Hearth Association.