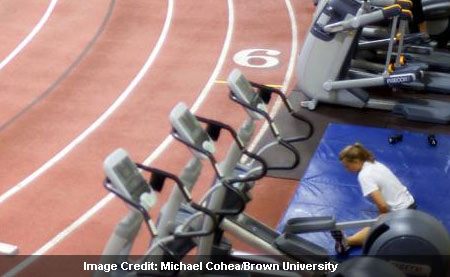 For individuals who wish to get out of the habit of smoking, exercise could be a good alternative. But scientists have not been able to display a clear improvement as far as control of nicotine cravings is concerned. More recently a study conducted by Brown University tries to reason out this aspect stating that exercise only has a transitory effect.

The investigators next move was to detect the extent of exercise needed to have an ongoing effect. As a part of the pilot study, 60 female smokers were enrolled for an 8 week time period for smoke control sessions. They were counseled on smoke cessation and were given nicotine patches. Around 30 of them were put on exercise involving brisk walking for about 50 minutes. The remaining 30 were made to watch encouraging videos related to health and fitness.

Immediately after each session the scientists noted the feedback given by the women related to their need for smoking. This was done each time a session concluded. The study showed that women in the exercise group were more likely to experience a relaxed mood with less craving for smoking in comparison with the control group. However they came back to their habit till the next session started. This showed that though the positive effect was seen, it didn’t seem to prolong itself.

“What we found is that although there is no chronic effect of exercise on cigarette cravings and affective withdrawal symptoms, there is an acute effect that diminishes over a period of several hours to 1-2 days, but can be renewed with each bout of exercise One implication for these findings is that exercise may be a useful treatment strategy, but it has to be done frequently enough and consistently enough because the effects that it has diminish over time,” specified David Williams, an assistant professor of community health at Brown University and the first author of study.

The study has expansion plans with the next step being to test a larger scale of women randomly and in a controlled manner. This move would involve electronic devices to monitor their routine.

The study is published in the May 11 issue of the journal Addictive Behaviors.