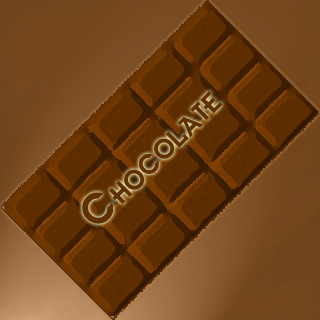 Are you one of those people, who gets nightmares when you think about your approaching mathematics exam? No doubt, akin to innumerable students like yourself, you may have tried every possible way of memorizing those complex mathematical formulas, but to no avail. Do not feel isolated; you are not the only one who has tried to learn these arithmetic formulas until you have reached the point of insanity!

If this is indeed one of those problems that you face, then don’t fret. A latest study has thought of a sweet solution, literally, to overcome this problem. They have stated that munching on a bar of chocolate may be all that is required to aid you in improving your mathematical skills. This study was led by Professor David Kennedy of the Northumbria University.

The study investigators explain that chocolates consist of flavanols, which are compounds that improve the blood flow to the brain, which may therefore improve the problem-solving ability of the brain. Thus, they believe that munching on chocolates while revising for examinations could be of great help to students. Not only this, chocolates were also said to have energized them and helped them in getting rid of their mental drain and fatigue.

Professor Kennedy says that, “For things that are difficult to do, mentally demanding things that maybe crop up in your work it could help.”

In this study, it was further observed that consuming a drink of hot cocoa seemed to enable the volunteers to perform better on certain memory tasks. The hot cocoa drink was said to have consisted of about 500 mg of flavanols. More so, it was also said that the consumption of this hot cocoa drink prevented the volunteers from feeling exhausted, inspite of being asked to make certain repeated calculations for about an hour. Talk about finding an easy solution to such a common problem faced by many students!

It has further been stated that a more detailed analysis may also be conducted with the purpose of determining the effect that lower doses of flavanols may have on the brain.

Their findings have been presented at the annual conference of the British Psychological Society, in Brighton.