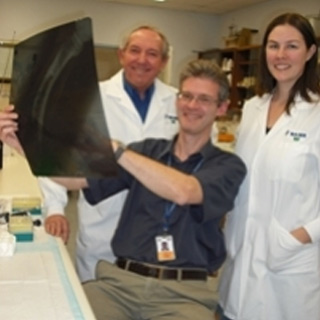 Paget’s disease is a chronic and painful bone condition that may trigger inflammation and deformity. It apparently affects one in 20 people over the age of 55. An international team of scientists from The University of Western Australia School of Medicine and Pharmacology and the Centre for Medical Research claims to have identified a number of genes that raise the chances of developing Paget’s disease.

Understanding the genetics of bone disease can probably aid in coming up with a genetic profiling to identify people at risk of metabolic bone disease. Some the discovered genes allegedly play a crucial role in bone metabolism, while others are involved in bone regulation. These genes seem to be important for bone health and interfere with other bone diseases including osteoporosis and bone cancer.

The genes increase the risk of disease probably because they have a relatively large impact. Additional investigations will be initiated to explain how the identified genes are functionally related to Paget’s disease. Professor John Walsh at the Department of Endocrinology and Diabetes and colleagues will be carrying out investigations for using genetic profiling to detect people at risk of Paget’s disease.