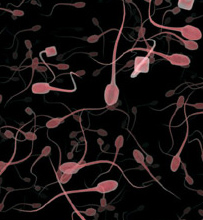 According to a study, sons of obese woman could be less fertile. They may also have sperm of poorer quality.

Obesity is believed to affect a woman’s chances of pregnancy and the new study is the first to find a link between overweight and the fertility of the next generation.

A team from Aarhus University in Denmark tracked the health of more than 300 women and their sons. Although the majority of the women were of normal weight when they became pregnant, 25 had body mass indexes classed as overweight or obese.

Tests showed their sons tended to have slightly lower concentrations of sperm, as well as fewer mobile sperms.

It was possible that higher levels of the hormone oestrogen, associated with being overweight, might harm the development of male foetus reproductive organs, the scientists said.

However, the differences were so small that the researchers could not be sure they were not due to chance. The researchers said further studies should be carried out.

Pregnant Women should restrict intake of Oily Fish due to High...