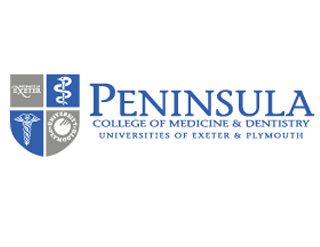 Conventional medicines do not appear to be successful in validating unexplained symptoms of patients, causing distress to both, the patient as well as the doctor. According to a study conducted by a team from the Institute of Health Services Research, Peninsula Medical School, University of Exeter, patients with unexplained symptoms apparently showed marked improvement by acupuncture added to their usual treatment in a randomized trial.

For the survey, a group of 80 adult patients consisting of 80 percent women in the average age group of 50 years and from different ethnic groups were chosen; they also seemed to have consulted their GP at least 8 times in the past year. Musculoskeletal problems seemed to be reported by almost 60 percent of them, out of which two thirds had been present for a year.

As a part of the study, patients were divided into two groups; one for acupuncture and the second one were controlled. Individual five element acupuncture was delivered to the patients by acupuncturists over a period of 26 weeks in 12 sessions. The controlled group was given the same amount of treatments after 26 weeks. At the end of 26 weeks patients were surveyed and made to fill in questionnaires including the ‘Measure Yourself Medical Outcome Profile’.

The quantitative work was supported with qualitative study, which seemed to focus on the patients’ experiences. This study essentially seemed to identify that patients’ who participated in the study apparently had mood swings and frustration due to their ongoing symptoms and disability like chronic pain, fatigue and emotional problems which influenced their work, social network and daily activities negatively.

It was apparently found that patients were thoroughly satisfied with their acupuncture sessions and regarded it as valuable. The talking sessions with the acupuncturist that involved the doctor addressing their concerns gave way to a positive and holistic environment. This resulted in the patients being encouraged to take up many cognitive and behavioral actions. They also apparently showed interest in self awareness that involved knowledge about what caused them stress and the ways to deal with it. They also received guidance for diet, exercise, relaxation and other social activities.

Dr. Charlotte Paterson, who managed the randomized control trial and the longitudinal study of patients’ experiences, commented , “Our research indicates that the addition of up to 12 five-element acupuncture consultations to the usual care experienced by the patients in the trial was feasible and acceptable and resulted in improved overall well-being that was sustained for up to a year.”

She added that, it was the first trial to test the effectiveness of acupuncture treatment to those with unexplained symptoms and there were plans to carry out a cost effectiveness study with a longer follow up period. She further specified that GPs may recommend a series of five-element acupuncture consultations to patients with unexplained symptoms as a safe and potentially effective intervention. She concluded that that the intervention could result in potential resource savings for the NHS, but would also improve the quality of life for a group of patients for whom traditional biomedicine had little in the way of effective diagnosis and treatment.

The study is published in the British Journal of General Practice.