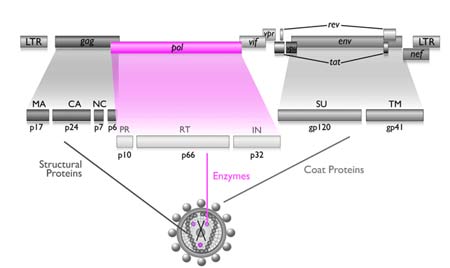 Are we on the threshold of developing new drug targets for HIV? Well, could be as scientists from the University of California (UCSF) have conducted an extensive survey to understand the interactions and mechanism of the HIV virus within the human body.

In one of the paper, the team examined about 497 connections made by HIV proteins, out of which only few had been detected. The scientists believed that impeding these links could obstruct the working of HIV’s lifecycle. Moreover, the prevalence of so many connections may lead to new avenues for striking the virus.

“Have we identified new drug targets? I believe we have,” commented Nevan Krogan, PhD, who led the research.

The HIV virus is known to possess certain proteins. Its survival in the body of human beings apparently depends on the connections and hijacking of host proteins. Hence, a method which could disrupt this link ought to be used in future drugs and medications for HIV and AIDS.

In another subsequent trial, the investigators stumbled upon a protein known as Vif which gets connected to a human protein called CBF-β, thereby creating a barrier to its functionality. This kind of a connection is what is required for the virus to act in the human body.

Therefore, the analysts suggested that thwarting this physical connection between the HIV protein and human protein could be a new target for drugs and therapies. The analysis is published in the journal, Nature.