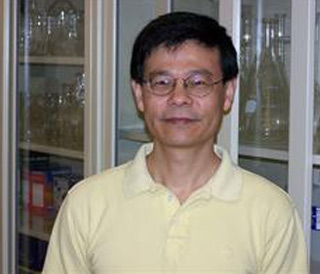 A number of genetic disorders like cystic fibrosis, muscular dystrophy and various types of cancer are known to be devastating. A new discovery by scientists from the University of Rochester Medical Center reveals a completely fresh way of altering the genetic code. While it may be a little early, the findings are said to be significant as researchers could gain the ability to change the course of genetic disorders like the aforementioned ones.

It’s apparently the very first time that researchers have been able to modify messenger RNA artificially. By doing this, they could seemingly alter the original instructions needed to create the protein. The interesting bit appears to be that the end result is an entirely different protein than what was originally assumed. The researchers reveal that constant mutations or errors in DNA and messenger RNA may result in proteins with flaws. These could probably do serious damage.

A common type of mutation seemingly occurring when an mRNA molecule included a premature ‘stop’ signal was focused on by the investigators. Known as a premature stop codon, this is said to command a cell to stop reading the genetic instructions via the process. This is likely to result in an incomplete shortened protein. mRNA was altered by the researchers as part of the investigation so as to transform a stop signal into a ‘go’ signal. The results were created in both in vitro and in live yeast cells.

“This is a very exciting finding,” mentioned Yi-Tao Yu, Ph.D., lead study author and associate professor of Biochemistry and Biophysics at the Medical Center. “No one ever imagined that you could alter a stop codon the way we have and allow translation to continue uninterrupted like it was never there in the first place.”

If existing estimates are to be believed then nearly a third of genetic diseases are a result of premature stop codons being present. Hence, these findings could be important in the development of treatment methods tailored to aid the body in overriding stop codons. Thereon, it could help in the production of enough full-length proteins too.

Along with first author John Karijolich, Ph.D., Yu employed a different kind of RNA called guide RNA which helped change mRNA. An artificial guide RNA was developed by the team and then programmed to target and modify a particular stop cordon in mRNA.

“The fact that this strategy worked – that the guide RNA we created found its way to its target, the stop codon, and directed the desired structure change – is pretty remarkable. Guide RNAs weren’t thought to have access to messenger RNA, so no one believed they could target messenger RNA for modification,” shared Karijolich, who conducted the research as a graduate student at Rochester, but is now a postdoctoral fellow in the Department of Biochemistry at the Robert Wood Johnson Medical School. “Our results bring up the question of whether a similar process may be happening naturally.”