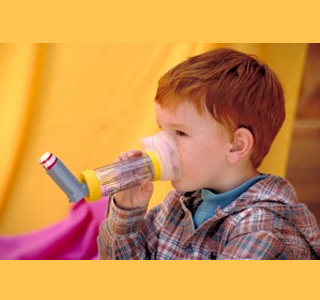 Preventing and fighting colds more often than not steers the conversation towards ways of boosting immunity. All this generally includes nutritional supplements, cold remedies and fortified foods. But this method of warding off cold may not be the best one for asthma patients. A new University of Michigan research suggests that tempering immune response instead of improving it could possibly be a better way of combating cold symptoms in asthma patients.

These findings may be of significance to individuals suffering from asthma. This is mainly because they are often known to face life-threatening flare-ups because of infections with cold viruses. A mouse model was used for the investigation and it revealed that immune response to the common cold is marked by faulty adaptation in the airways. Mice tailored to show a lower immune response innately to cold apparently had reduced airway inflammation and bronchoconstriction post infection.

“You often hear that people want to boost their immunity to prevent and fight colds,” says Marc B. Hershenson, M.D., professor of pediatrics and communicable diseases and director of the division of pediatric pulmonology, the research’s senior author. “However, boosting the immune response could increase inflammation. Up to now there have been no convincing data supporting the theory that the immune response might be deleterious. In our study, we offer the first direct evidence that limiting the immune response reduces the manifestations of rhinovirus infection.”

“In our model, cold-induced asthma flare-ups were caused by the body’s immune response to the virus, not the virus itself. Chemicals produced by the immune system inflame cells and tissues, causing asthma symptoms such as cough and wheeze,” Hershenson further elucidated.

The team assumed limiting the immune response to infection from the virus had the possibility of lowering their symptoms. A rhinovirus 1B replicating in mouse lungs was used to infect MDA5 and TLR3 deficient mice. The latter two are known to be receptors that prompt protective defenses present in the immune system against pathogens and viruses. A delayed defensive response was seen to the infection in MDA5-deficient mice. This seemingly resulted in a small increase in the virus level in the lungs.

However, less airway inflammation and bronchoconstriction after the infection was revealed when these mice were pitted against wild-type mice. The airway responses of TLR3-deficient mice were also weakened. Furthermore, the scientists observed mice void of MDA5 and TLR3 who were rendered asthmatic by allergen exposure. These mice were reported to have less airway inflammatory and contractile feedback in response to rhinovirus infection. This was when they were compared to normal mice.

According to the scientists, these results indicate that in context of rhinovirus infection, decreasing the mouse’s inherent immune system may lead to lowered inflammatory signaling pathways. Airways inflammation and hyper-responsiveness may also reduce.

The findings appear online in the journal PLoS Pathogens.