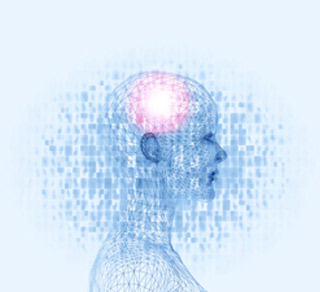 Not many people may know that it is not just human beings who compete with each other, there might be some contest going on within our brain too. A research conducted by University of Michigan Health System scientists has presented that there are two notable types of competition going on between cells in the process of refining memory circuits in a living organism.

The findings may result in pacing towards locating the main causes of neurological disorders that are linked to unnatural brain circuits such as Alzheimer’s disease, autism and schizophrenia. The scientists believe that brain cells are a pattern that grow and stretch along pathways to hook up different parts of the brain. As the brain grows, these connections seek to fine-tune themselves and become more effective. Difficulties in the polishing process may be associated with neurological disorders.

“Much of our understanding of the brain’s wiring has come from studying our sensory and motor systems, but far less is understood about the mechanisms that organize neural circuits involved in higher brain functions, like learning and memory,” remarked senior author Hisashi Umemori, M.D., Ph.D., assistant research professor at U-M’s Molecular and Behavioral Neuroscience Institute and assistant professor of biological chemistry at the U-M Medical School.

Investigators wished to know the functioning of brain circuits in becoming more efficient during the brain’s growth phase. They wished to see if the brain has a choice to include the good links and let go of the bad connections. To gauge the neural activity going on in the brain to manage memory circuits, researchers used mice that had been genetically programmed so that the essential neurons could be deliberately switched off.

About 40 percent of neurons in the above connection were deactivated and the process where the brain removed the inactive neural connections and went ahead with the active ones was being watched for some days. A latter part of the experiment revealed that the connections were not eliminated if all the neurons were deactivated.

This brought the researchers to the conclusion that the brain has a system which informs a group of neurons that which connections are supposedly better than others. The neurons contend with each other, so when they are all standing at the same bad levels, none of them are eliminated.

The investigation also observed an area of the hippocampus known as the dentate gyrus. This portion apparently is one of the only 2 parts of the brain that persists to create new neurons throughout the entire lifespan. Yet another competition came to light in this portion of the brain. Newborn cells were contending with mature cells. In other words, there was a contest happening among mature cells. When the dentate gyrus’ capability to make new cells was blocked, the elimination process ceased and the brain went on with the existing cells even if they were deactivated.

Umomori concluded that the efficiency of learning and memory are directly linked to the efficiency of brain’s circuit in eliminating bad connections. It is better to be acquainted on how these mechanisms work as that will subsequently lead to better understanding of when these will not work

The research is published in the journal Neuron.