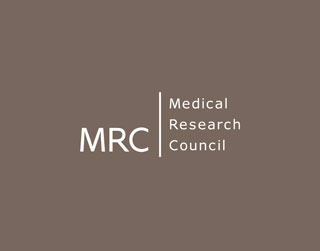 Those flaunting a lean body image can lend a ear to this piece of information. They may be curious to know as to why their body shape may not necessarily protect them against conditions like heart disease and diabetes. Medical Research Council (MRC) scientists, led by the MRC Epidemiology Unit have unfolded a gene that associates lower body fat to growing risk of metabolic diseases such as Type 2 diabetes and heart disease.

The genetic code of over 75,000 people was examined to locate genes that gauge body fat percentage. The team found that the gene IRS1 is related to less body fat. Furthermore, this gene was also linked to disproportionate levels of cholesterol and glucose in the blood which are supposed to mark the onset of metabolic diseases.

However the puzzling question as to why a gene linked to being lean had an increasing risk of metabolic diseases, crept up for scientists. To answer this they began examining the distribution of fat in the body for people possessing this gene. They observed that this gene apparently reduced fat under the skin called subcutaneous fat. But the hazardous fat that is present around the organs known as visceral fat is not decreased by the gene.

Further analyses reveal that people carrying this gene are seemingly not able to store the subcutaneous fat and therefore they store the fat at other portions of organs which tends to block normal organ function. These observations were apparently found more in men than in women.

Dr Ruth Loos, the lead scientist on the project from the MRC Epidemiology Unit, explained, “We’ve uncovered a truly fascinating genetic story and when we found the effect of this gene we were very intrigued by the unexpected finding. People, particularly men, with a specific form of the gene are more likely to be lean and to develop heart disease and type 2 diabetes. In simple terms, it is not only overweight individuals who can be predisposed for these metabolic diseases, and lean individuals shouldn’t make assumptions that they are healthy based on their appearance.”

The research revealed that specific genetic variants tend to keep the body lean by decreasing the levels of fat stored under the skin. However, this excess fat apparently gets stored at other places like liver and muscles. This influence seems more in men owing to the different body fat distribution between the sexes. Since men seemingly store less fat than women, they are more reactive to alterations in the distribution.

Scientists suggest that even if genetic make-up gauges the predisposition to certain diseases, the lifestyle and eating habits of a person are also substantial contributors to good health. The team utilized data from 26 different genetic analyses and included scientists from 72 institutions in 10 countries.

According to professionals this research will provide a novel understanding of why not all people on the leaner side are healthy. On the contrary, it explains why not all obese people are at a higher risk of metabolic diseases. A better targeted approach to examine the link between body fat and risk of diseases may help in the growth of enhanced therapies and treatments that go parallel to lifestyle modifications.