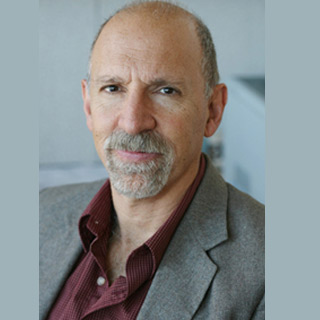 Autism has recently been linked to SSRIs consumed in early pregnancy, now some other risk factors seem to have made their way. A combined study by UCSF Institute for Human Genetics, Stanford University, Kaiser Permanente, UC Davis, the Autism Genetic Research Exchange and the California Department of Public Health scientists have revealed that autism is not a disease caused primarily due to genetic factors but by environmental factors.

The environmental variables appear to be understated while genetic factors are seemingly exaggerated. The study examined 400 twins and found that children’s environment apparently constitutes 55% in severe levels of autism and 58% in the wide spectrum of the condition. Risk due to genetics is 37% and 38% respectively.

“Autism had been thought to be the most heritable of all neurodevelopmental disorders, with a few small twin studies suggesting a 90 percent link. It turns out the genetic component still plays an important role, but in our study, it was overshadowed by the environmental factors shared by twins,” specified UCSF geneticist Neil Risch, director of the UCSF Institute for Human Genetics and senior author of the paper.

Scientists have observed that the disorder seen in very young children seems to happen early in life and probably during pregnancy itself. 2,312 twins took part in the study where one among the 2 showed signs of autism. The minimum age of children in the group was 4 as it can be reliably detected during this age. Parents of the children were interviewed that covered questions relating to the ASD and its severity. Their complete behavioral profiles were evaluated in the study.

After all data had been collected, 192 pairs of twins were shortlisted for statistical analysis. Among them, 54 were identical and 138 were fraternal and considering that autism mainly affects boys, only some pairs included both the genders. The initial results were surprising. A boy with a fraternal twin with ASD was seemingly at a 31% risk of having the disorder. On the other hand, a boy with an identical twin with the disorder seemed to face a 77 percent risk of sharing the condition. Among girls, the concurrence was 50 percent in identical twins and 36 percent for fraternal pairs.

Both rates were apparently higher than the normal populace, where autism has 0.6 percent prevalence. The high fraternal rate seemed to be rather unexpected as the latter were thought to show conformity with non-twin siblings. The high fraternal-twin rate in this study is apparently higher than non-twin siblings, which attach a strong environmental component specific to twins. According to Risch, genetics do play a role in this disorder considering the difference between the identical and fraternal rates. If it didn’t, then the concurrency rates may appear similar between the identical and fraternal sets. But since fraternal twins have presented such a high rate, it discloses that surroundings appeared to share an important role in increasing their susceptibility.

Scientists also suggest that events during pregnancy should be the objective of further studies to gauge the origin of autism.

The study is published in the July 2011 issue of the Archives of General Psychiatry.