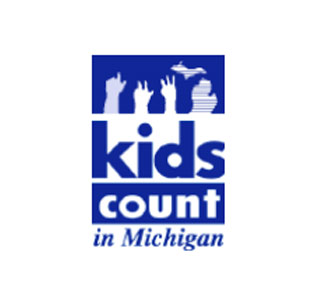 As per the latest Kids Count in Michigan report, the percentage of babies born to unmarried women has risen in great numbers which exposes their children to a higher risk of poverty. The report which is based on six primary measures of health, analyzed the state of Michigan and its counties.

It was found that while Alcona County in the northeast Lower Peninsula had the highest health risk for babies, Houghton County in the Upper Peninsula had the lowest. In 2009, approximately forty percent of all births in Michigan were to unmarried women. The percentage has gone up drastically from thirty four percent in 2000. The report says that a surprising fact was that two out of every three births to women in their early 20s were to single mothers.

Jane Zehnder-Merrell, Kids Count in Michigan project director at the Michigan League for Human Services commented, “These are important trends to track as we seek to revitalize our economy. One troubling area that could impact our future workforce is the large jump – 20 percent — in births to unmarried women. Women who are not married at birth of their child are likely to remain single and their children are much more likely to live in poverty.’’

Around half of all births were to mothers who were eligible for Medicaid. Pregnant ladies who come from homes earning less than 185 percent of poverty without health insurance are eligible.

The report claims that the state of Michigan does better than the country as it has a lower percentage of mothers who received late or no prenatal care and also those without a high school education. Only seventeen percent did not possess a GED or a diploma. But it doesn’t fare as well when compared to other states when it comes to two primary measures namely, babies born too tiny or too soon and ranks 36th and 31st respectively among the states.

Three out of five indicators, where a trend could be calculated over the decade, displayed progress while the other two declined. A thirteen percent drop in teenage mothers having a second baby as well as a decline in preterm births and births to teens were the improved trend indicators. Another progressive factor was that the number of babies born weighing less than 5.5 pounds rose slightly.

The silver lining of the report was the improvement in three out of five measures for African-American mothers and babies, though huge discrepancies still exist. Research has suggested that early disparities affected school readiness, early development, academic achievement and lifelong potential.

This report states that policy implications such as stronger family support services, expanded family planning and improved access to women’s health care services are required. As per the report, a proper strategy ought to be taken up by the state to improve child and maternal health among minorities. Plus more robust access to Medicaid services via improved provider rates is also needed.