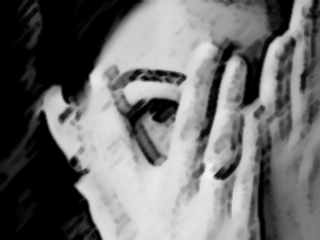 There are people who are bold, carefree and extrovert enough to handle a situation tactfully and then there are some for whom all the world’s coaxing and pushing wont work to get them out of their nervousness, and anxiousness in social occasions and safe situations and they tend to be labeled as shy and introvert.

Well, the labeling will not do much good either for the individuals described in the latter case. A research by HealthEmotions Research Institute and Department of Psychiatry at the University of Wisconsin School of Medicine and Public Health (SMPH) has revealed its all in the wiring of the brain.

The research was conducted on adolescent Rhesus monkey. It was found that the anxious behaviour in the monkeys was a result of the high activity in the amygdala of the brain, the part that is associated with the emotions of fear, aggression, anxiety that are responsible for “the flight or fight” responses.

“The brain machinery underlying the stress response seems to be always on in these individuals,” said Dr. Ned Kalin, chairman of the UW Department of Psychiatry and HealthEmotions Research Institute, “even in situations that others perceive as safe and secure.”

According to the researchers the anxious temperaments is very important for predicting the chances for the anxiety, depression, and drug abuse related to even acts like self medicating in future.

“We’re looking for better ways to diagnose and treat mental illness,” explains Kalin, with reference to his ongoing work at HealthEmotions. “We’re trying to understand how the brain influences mood, reactions to stress and physical health.”

The new findings can help psychiatrists understand the brain mechanism and the study in the rhesus may be implied in humans as the psychiatrists already know that the anxious temperament in the childhood can lead to anxiety disorders and depression and substance abuse.