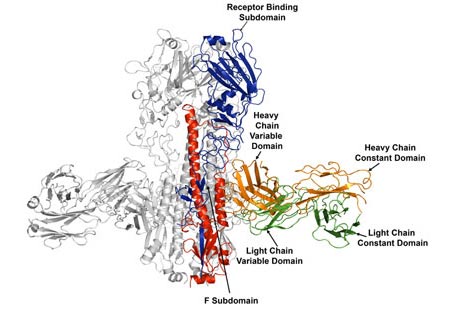 A study conducted way back in 2010, delivered some insights on avian influenza virus. More recently, scientists from NIMR and Switzerland have spotted and attributed an antibody that strikes off all strains of influenza A like swine flu, bird flu and Spanish flu.

Attaining widely neutralizing antibodies against influenza A viruses has been a paramount objective of therapeutic avenues and vaccine design. The influenza A virus-neutralizing antibodies presumably target haemagglutinin protein (HA). It goes through persistent evolution accelerated by the selective pressure of the antibody reactivity. This is principally targeted against the membrane-distal receptor-binding subdomain of the molecule.

As per genetics, there are 16 influenza A subtypes of HA, which categorize as two sets. Antibodies seem to neutralize homologous strains within a given subtype and new vaccines are created each year related to these strains. This is the first research that has unfolded influenza A virus-neutralizing antibodies aiming at epitopes stored on all 16 subtypes of group 1 and group 2 viruses.

Steve Gamblin and John Skehel, from NIMR’s Division of Molecular Structure, unraveled the molecular basis of virus identification by the antibody. The Lanzavecchia lab created a high-throughput culture technique to explore huge numbers of human plasma cells. This method utilizes culture of individual plasma cells in a pathway that promotes plasma cell survival. It is then followed by screening of the culture supernatants and restoring of specific antibodies by single-cell reverse transcription polymerase chain reaction.

The team separated a neutralizing monoclonal antibody that uncovered the hemagglutinin (HA) glycoprotein of all 16 subtypes. It also apparently neutralized both group 1 and group 2 influenza A viruses. Inactive transit of this antibody seemed to safeguard the mice and ferrets. The researchers gauged the constructs of antibody complexes with HAs that were present in the group 1 H1 and the 2 H3 subtypes by a scan known as x-ray crystallography. These showed that, the antibody apparently got hooked up to a preserved epitope in the F subset. This antibody is touted to be used for passive shielding and to enlighten vaccine design because of its enormous preciseness and neutralization potential.

The single-plasma cell culture method used in the research examined an array of plasma cells and paved way for the isolation of one in a million influenza A-neutralizing antibody. Plasma cells obtained from 7 other donors supposedly united group 1 and group 2 HAs but couldn’t neutralize virus infectivity which discloses the rarity of this antibody.

The research is published in the journal Science.