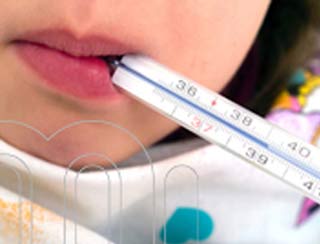 Often, one health problem leads to another which explains why issues like obesity and diabetes are implicated in many other diseases as well. Along the same lines, scientists from the Medical University of Vienna have disclosed that diabetics may be at an increased risk of encountering flu.

This is why professionals have recommended influenza vaccine for patients suffering from diabetes as a preventive avenue. This trial which involved almost 15,000 volunteers showed that just 30% of them were vaccinated against flu. Moreover, there was variation in the number of men and women being exposed to the vaccine.

“The vaccination rate for flu vaccines in diabetic patients in Austria is unfortunately particularly low. An ‘unsettling gender difference’ has also been noted, with men in this case taking the lead: 39 per cent of male diabetics are vaccinated against flu, whereas only 30 per cent of female diabetics are,” commented study leader Thomas Dorner from the Institute of Social Medicine (Public Health Centre) at the Medical University of Vienna.

The results implied that chances of being vaccinated against flu were 61% more in male diabetics as compared to normal counterparts. As for women, there seemed to be no considerable difference between diabetics and non-diabetics.

The scientists are of the opinion that the vaccination rates need to be boosted and the aforesaid gender gap ought to be shut. They concluded that diabetics affected by flu may have to face more adverse consequences than their non-diabetic counterparts. It could even lead to heart diseases in the long run.

The study titled, ‘Sex differences in coverage of influenza vaccinations in subjects with diabetes mellitus and ischemic heart disease: trends two decades’ is published in the European Journal of Public Health.

Inhibiting key protein may restore the balance between bone destruction and...