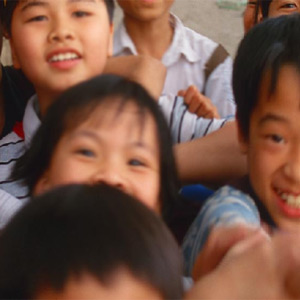 Researchers at Northwestern University’s Feinberg School of Medicine have reported that the drug etanercept has been found to be safe for treating children with psoriasis. This announcement was based on a drug trial on children itself.

Etanercept is FDA approved for adults. However, it was never tested before in children for the disease.

Psoriasis is a disease in which the immune system causes skin cells to grow at an accelerated rate. About one third of such cases begin in childhood, sometimes as young as infancy. The disease is characterised by often itchy, painful and disfiguring red scales covering the scalp, face, arms, legs, feet and even the genital area.

About 211 paediatric psoriasis patients from 42 sites in the United States and Canada participated in the 48-week study. A majority of the Chicago area trial participants were long-time patients of Paller, who is a physician at Children’s Memorial Hospital .

“They are doing better now than they’ve done with any other treatment,” she said.

The randomized, double-blind, controlled trial showed 57 pct of patients on etanercept for 12 weeks resulted in a 75 pct or greater improvement in symptoms, as compared to 11 pct of patients who received a placebo.

Paller said that a 75 pct improvement is considered “the gold standard” in psoriasis care.

Etanercept is a type of protein that blocks the action of a substance produced by the immune system called tumor necrosis factor (TNF). People with immune diseases such as plaque psoriasis have too much TNF in their bodies.

The new drug option is important as the existing treatments for children and adolescents are limited, inconvenient and carry risks. They are also found to be inefficient for all children.

Some of the treatments include greasy topical steroids or ultraviolet light therapy, which carries the risk of skin cancer. Chemotherapy drugs are another option as it suppresses the immune system and can potentially damage the liver and the kidneys, or cause hypertension.

“From what we can see so far, etanercept is a much safer alternative,” said Paller.

She expects that the findings will accelerate the drug’s approval by the FDA for paediatric use.

“Psoriasis can be extremely alienating for children. I’ve had patients, especially during teenage years, who have been quite depressed by their disease. If they’re being teased or excluded by other kids, or have to exclude themselves from sports because it’s uncomfortable, that has profound implications on their ego development, noted Paller.

She said that the children with psoriasis were in fact at higher risk of depression and obesity.