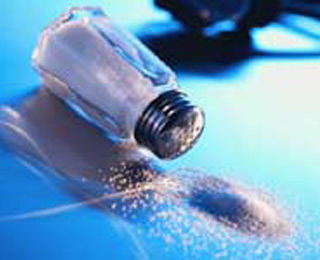 A recent report unfolded the potential health problems due to a diet constituting high sodium. On similar lines, a study conducted by professionals from the Bristol University, has revealed that the proportion of salt consumed by 8-month-old babies is apparently higher than suggested maximum levels by the UK. Babies being fed salty and processed foodstuffs such as yeast extract, gravy, baked beans and tinned spaghetti have paved way for the increase in the overall levels of sodium in their diet.

Also, some mothers seem to give their tiny tots cow’s milk, which contains higher levels of salt than breast or formula milk. They do not appear to follow the guidelines that suggest that infants are not supposed to be fed the latter till at least they are 1 year old. More amount of salt in the body tends to harm developing kidneys and leads to other health issues as the child grows. The children also acquire a liking for salt that results in unhealthy eating ways.

Around 1,178 8-month-old infants who were born in the year 1991 or 1992 and participated in the Children of the 90s study, enrolled for the analysis. Their 3 day dietary records were filled in by their mothers. Furthermore, they were separated into 4 groups depending on the order of rising salt intake.

It came to light that most children were first exposed to the taste of solid substances when they reached 3 to 4 months of age. For the highest group, the average salt intake at 8 months was more than twice the recommended levels. It constituted around 400mg sodium per day until 12 months. This group supposedly received cow’s milk as their main diet which has almost 55mg sodium per 100g than breast or formula milk. They seemed to consume thrice the amount of bread such as salty foods like yeast extract and gravy as compared to the lowest group.

Speaking about the findings, Dr Pauline Emmett and Vicky Cribb, the nutritionists who conducted the research, elaborated,” These findings show that salt intakes need to be substantially reduced in children of this age group. Infants need foods specifically prepared for them without added salt, so it is important to adapt the family diet.”

She added that parents of infants need to be advised appropriately on what foods are to be given to kids. They must be particularly informed to not include cow’s milk in their diet before they reach 12 months of age. She continued that manufacturers of processed foods ought to keep a check on the amount of salt and reduce them accordingly.

The findings are published online in European Journal of Clinical Nutrition.